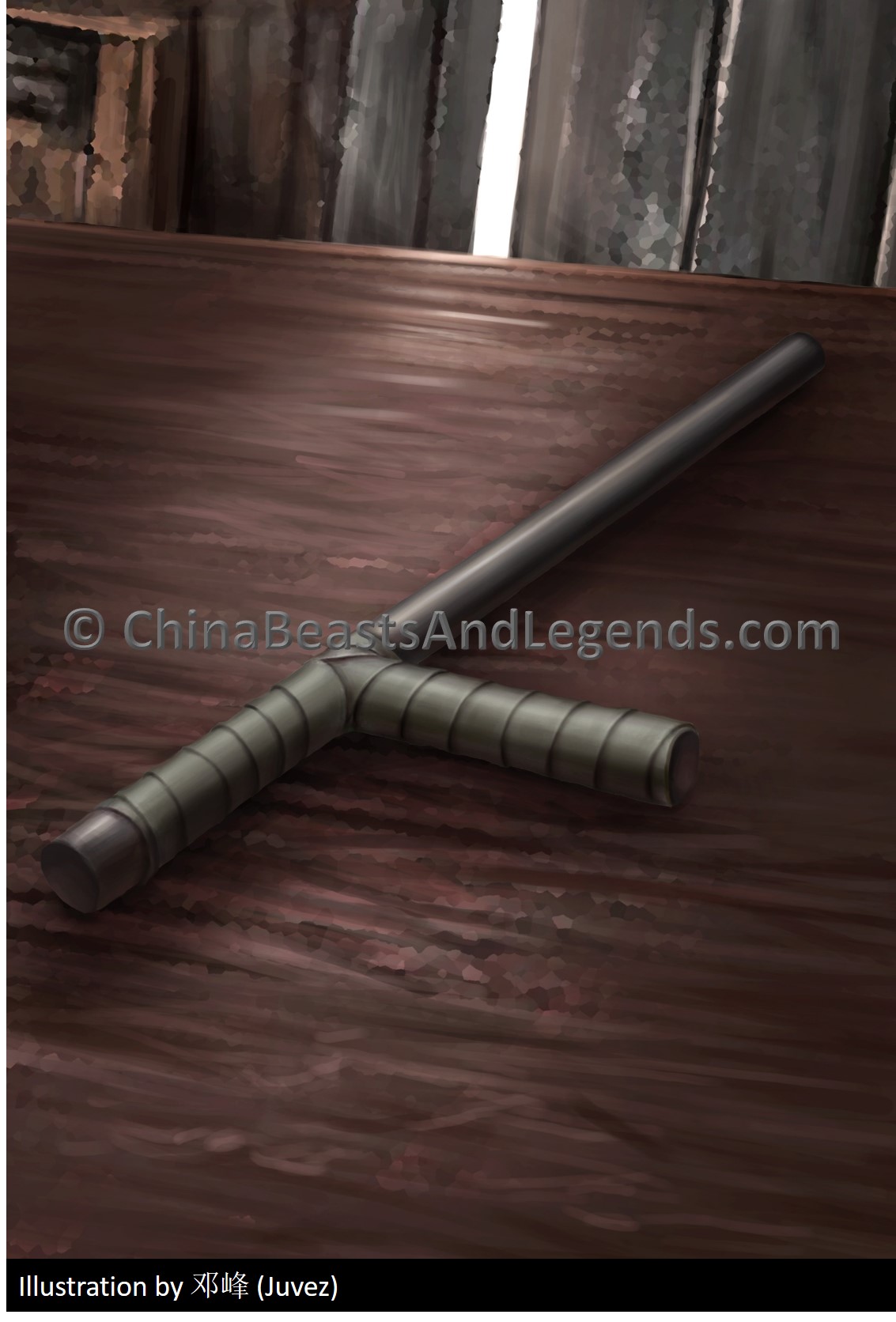 The Baton is an adaptation of a common walking stick, as used by old or injured folk, and is usually made of iron or wood. In fact, the character 拐 (guǎi) can also be found in the Chinese word for crutches/walking stick 拐杖 (guǎi zhàng).

According to its form, it can be divided into two types: long and short. Short Batons are often used in pairs or in unison with a sword.

As future adaptations were invented, this basic Baton became known as the Two-Character Baton (二字拐 èr zì guǎi) due to the similarity wielding two of these Batons had to the Chinese character for the number two 二 (èr).

Similarly, the Ten-Character Baton (十字拐 shí zì guǎi) was named due to its resemblance with the Chinese character for the number ten 十 (shí). Their handles are wooden, about two feet and five inches long, and the horizontal handle is eight and a third inches long. A spearhead is installed on the upper end of the handle, and the bottom is a grip. The left side of the horizontal handle is a spike, and the right is a crescent shovel.

Many other adaptations exist today.