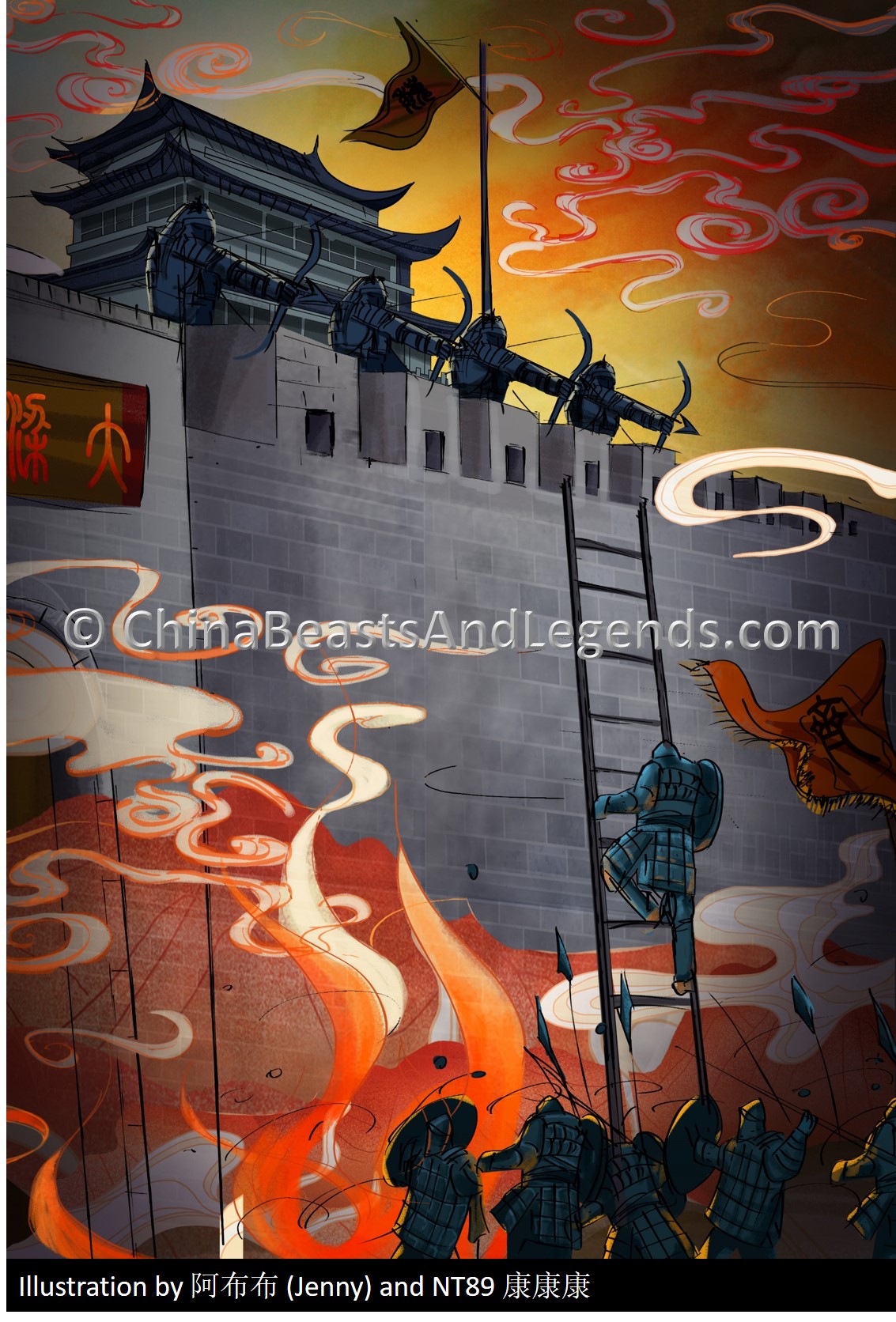 In 354 BCE, King Wei Hui (魏惠王 wèi huì wáng) of the Wei Kingdom (魏国 wèi guó), could not let go of the fact that he had yielded Zhong Shan (中山 zhōng shān), so he sent General Pang Juan (大将庞涓 dà jiàng páng juān) to take it back.

Zhong Shan was a small country adjacent to Wei during the Eastern Zhou Dynasty (东周 dōng zhōu) (770–256 BCE). It was conquered by Wei many years prior, however, when Wei was going through difficult times, the Zhao Kingdom (赵国 zhào guó) took the opportunity to occupy Zhong Shan.

But General Pang Juan believed that Zhong Shan was insignificant compared to Zhao itself. Why not just attack Zhao's capital, Han Dan (邯郸 hán dān), and take them all in one fell swoop? King Wei Hui agreed, and so the battle began. He provided General Pang Juan with an army and five hundred horse-driven chariots and within no time, they had surrounded Han Dan.

In desperation, the King of Zhao had no choice but to request assistance from the Kingdom of Qi (齐国 qí guó), promising to give them Zhong Shan if they could help them out of their predicament. The King of Qi agreed and immediately selected a general, Tian Ji (田忌 tián jì), who subsequently chose Sun Bin (孙膑 sūn bìn) to lead their army.

Sun Bin used to live in Wei, and was once a fellow classmate of General Pang Juan. Sun Bin excelled in his studies, so Pang Juan - fearing that Sun Bin would surpass him - poisoned Sun Bin, cut off his feet, and tattoed his face, in an effort to have him cast aside by society. It worked. Sun Bin later escaped to Qi and was now his rival.

Metaphor: Identify a weakness in your enemy's strategy and exploit it

As General Tian Ji made plans to travel directly to Han Dan and save Zhao from the Wei onslaught, Sun Bin offered his council. "You cannot use your fist to untie a knot, joining in the fight at Han Dan will not have much effect. We need to identify the right spot and method to untie the knot that lies before us. I say we attack Wei. In order to attack Han Dan with this much force, Wei must be empty. By attacking Wei directly, General Pang Juan will have no choice but to withdraw his troops and return home. The conflict at Han Dan will be resolved. If we attack his troops on their return journey, they will be ill-prepared and should fall easily." Tian Ji agreed.

And so Qi attacked Wei. Sure enough, General Pang Juan withdrew his troops from Han Dan, and with an ill-prepared and exhausted army under his command, they fell during an ambush in the battle of Gui Ling (桂陵之战 guì líng zhī zhàn).

Thirteen years later, the armies of Qi and Wei met again on the battlefield and Sun Bin once again outwitted Pang Juan. Realising he was defeated, he took his own life.

Not all battles should be fought head-on. By taking time to analyse the situation and identifying any weak spots - the chink in the enemy's armour, their 'Achilles heel' - one can take advantage of them and attack with a higher chance of success.