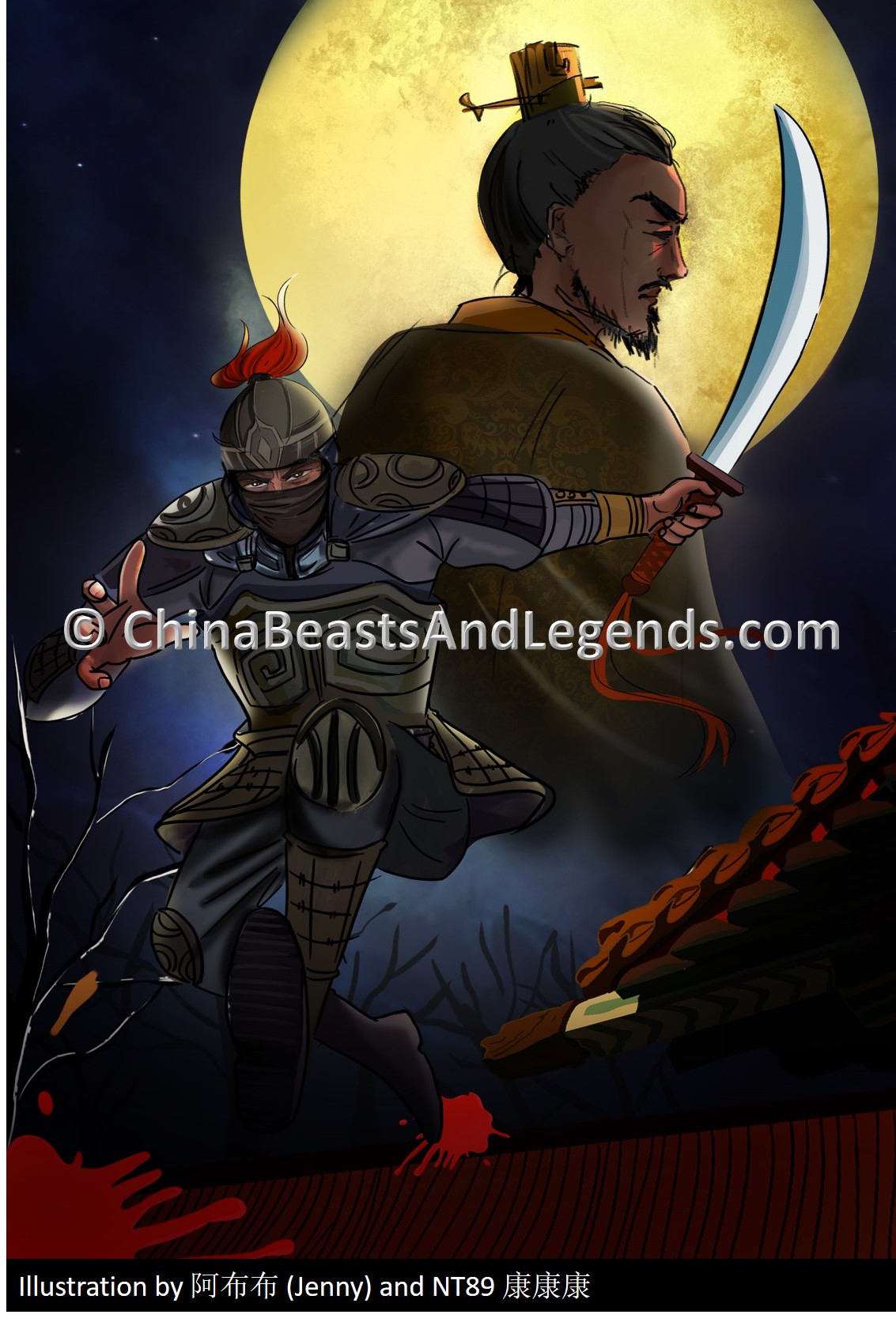 At the end of the Spring and Autumn Period (春秋时期 chūn qiū shí qí) (771 to 476 BCE), Jian Gong of the Qi State (齐简公 qí jiǎn gōng)1 set his sights on conquering the Lu State (鲁国 lǔ guó). At this point in time, the Lu State was no match for the Qi State, if Qi's army ever reached their gates, Lu would fall.

After receiving word of the potential threat, a disciple of Confucius namded Zi Gong (子贡 zi gòng) analysed the situation and came to the conclusion that the only way Lu could survive an attack was if the Wu State (吴国 wú guó) stepped in to help.

As Zi Gong gathered information on Qi he quickly learned of an official within the Qi government, called Tian Chang (田常 tián cháng), that was planning to usurp his King and seize the throne for himself. Tian Chang had been slowly rising in the ranks, eradicating potential dissidents along the way.

Zi Gong reached out to Tian Chang and began advising him on how best to overthrow his King. "If Qi attacks Lu, Qi will win with ease. There will be few casualties. The current King's armies will grow in size, and those in power will gain more, making them even more difficult to overthrow in the future. But if you were able to persuade the King to attack Wu - a state that is stronger than Lu but that would still fall to Qi - it would not be such an easy victory. The armies of Qi would be thinned, putting Qi in a more vulnerable position, ripe for the picking."

Tian Chang couldn't hide his excitement at the idea of a weakened Qi. "But how can I persuade the King to attack Wu? The plans to attack Lu are already underway."

Chapter 1-3: Kill with a Borrowed Knife

Metaphor: Use someone elses hands to do your work for you

Literal Translation: Borrow [a] Knife [to] Kill [a] Person

Zi Gong responded, "This matter is easy to handle. I will travel to Wu and persuade the King to save Lu from the armies of Qi. Surely learning of an alliance between Lu and Wu will be enough to justify attacking Wu first?" Tian Chang happily agreed.

True to his word, Zi Gong rushed to Wu and met with King Fu Chai (吴王夫差 wú wáng fū chāi). "If Qi defeats Lu they will be unstoppable, and what's to stop them coming for Wu next? Wouldn't it be prudent to unite with Lu now and meet them in battle together? You will not be able to contend with the strength of the Qi armies alone...”

But Zi Gong didn't stop there. He got back on his horse and made his way to the Zhao State (赵国 zhào guó) where he successfully persuaded the King to send troops to Wu in support of their attack on Qi.

And so the board was set, the three states; Lu, Wu and Zhao, rode together and met Qi in battle. in 484 BCE, King Fu Chai of Wu personally took command of over 100,000 elite soliders and marched on Qi. After a long and arduous battle, Qi was forced to surrender. Zi Gong's plans had worked to the benefit of them all. But little did King Fu Chai know, Zi Gong still had another trick left up his sleeve.

Before the battle, Zi Gong realised that with the Qi State out of the picutre, Wu would simply take their place on top of the food chain. He secretly made his way to the Jin State (晋国 jìn guó) where he laid everything out to the King, advising him to prepare for an attack from Wu after the battle was over, which, lo and behold, is exactly what happened.

In his arrogance, after a huge victory, King Fu Chai turned immediately to Jin, but given how well-prepared Jin was for a "surprise" attack, they repelled the forces of Wu with ease.

By utilising the strength of others one man was able to manipulate the outcome of an unavoidable battle that his King would never have won alone. Not only did he help the Lu State circumvent an attack from the strongest force in China (Qi), he had the second strongest force (Wu) thin out their troops, then shared information with another (Jin) so he could cut the victor down a few sizes as well. Zi Gong single-handedly evened the playing field between all the states by playing them against one another. Lu barely broke a sweat throughout the entire process.