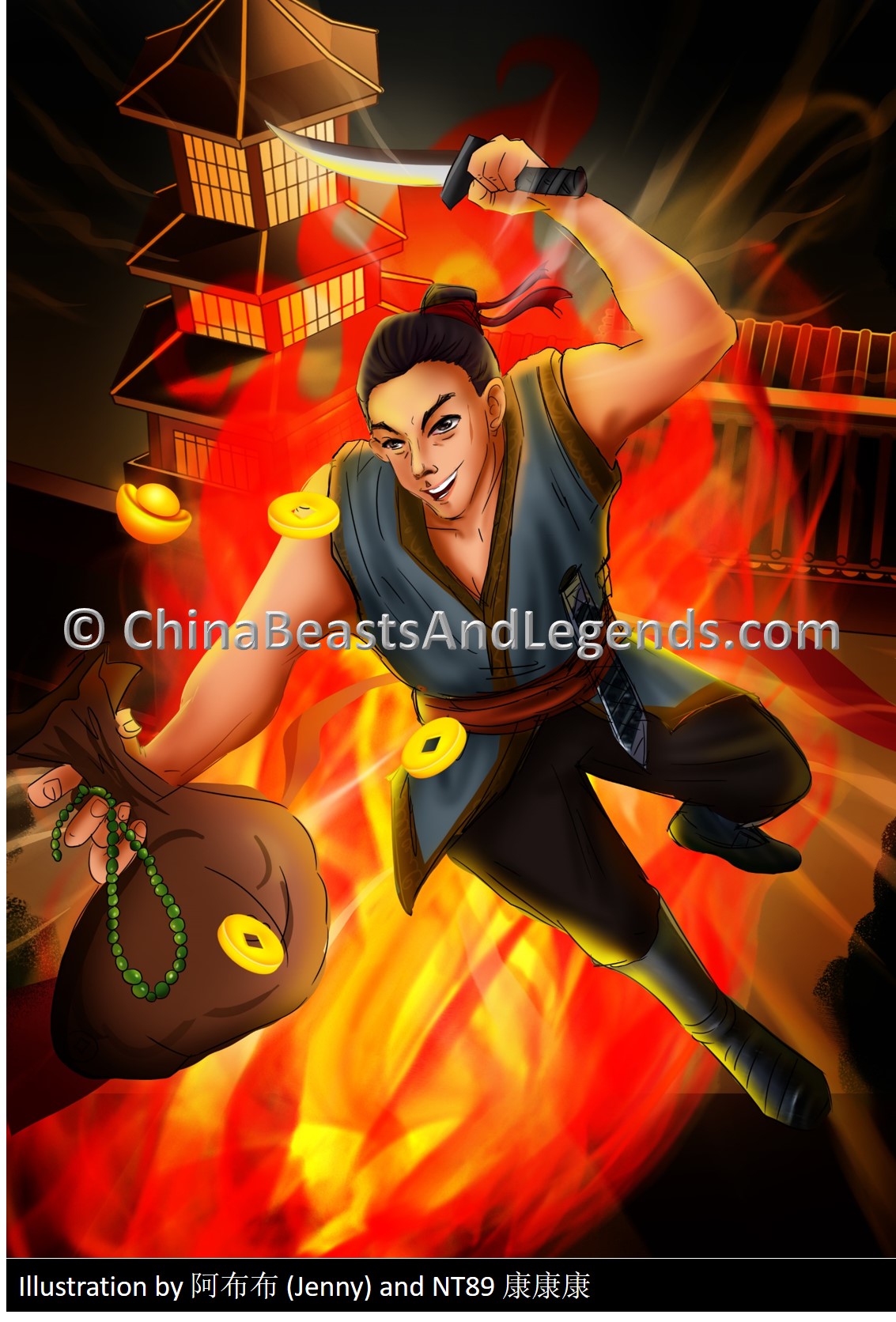 Most people believe that the 36 stratagems were compiled during the Spring and Autumn Period (春秋时代 chūn qiū shí dài) (770-476 BCE), and the Warring States Period (战国时期 zhàn guó shí qí) (475-221 BCE), and thus assume that the stories associated with them must have come from a long time ago. However, this is not the case.

When they were originally composed, the 36 Stratagems were descriptions of conceptual stratagies that did not allude to any specific story or historical event. It wasn't until much later on in the Ming (明朝 míng cháo) (1368-1644 ADE) and Qing Dynasties (清朝 qīng cháo) (1644-1912 ADE) that the book was completed. The stories were added to make the concepts more easy to understand, and to bring life to the book.

And for this particular stratagem, a story was taken from the 'Journey to the West' (西游记 xī yóu jì) which described one of the many adventures of the Monkey King (孙悟空 sūn wù kōng) and his master, Tang Seng (唐僧 táng sēng).

There is a chapter in the Journey to the West called "Disaster in Avalokitesvara's Temple" (祸起观音院 huò qǐ guān yīn yuàn). It tells the story of Tang Seng who is on a pilgrimage in search of Buddhist scrolls when he comes across the temple of Avalokitesvara. He is greated by his host, the elder Jin Chi (金池长老 jīn chí zhǎng lǎo). However, unbeknownst to Tang Seng, his host had set his mind on stealing his kasaya1, and was willing to do anything to obtain it.

1 a kasaya or a cassock; a patchwork outer vestment worn by a Buddhist monk

Metaphor: To take advantage of another's perilous state and profit from it

In the end, Jin Chi ordered his disciples to burn the temple down at night time. Sadly for him, the fire spread across the village and Jin Chi, along with many others, was killed. The Monkey King went to Heaven to request assistance from the Gods to put out the fire but when he returned and the fires were put out, Tang Seng's kasaya was no where to be seen. Where had it gone?

It turned out that close by the temple there was a cave called the Batu Cave (黑风洞 hēi fēng dòng), and in that cave there lived a beast called a Hei Xiong Guai (黑熊怪 hēi xióng guài). The beast was a friend of Jin Chi, he was aware of the treasures that were hidden in the temple. So when he saw the fire begin to rise, he took his chance and stole what he could - including Tang Seng's kasaya.

When the temple was on fire, the beast, Hei Xiong Guai, siezed the opportunity to steal valuables as everyone's attention was focused on trying to put the flames out. This stratagem is commonly used in the military, in business, and even amongst civilians. It is a metaphor for a tactic that takes advantage of some form of disaster to obtain personal gains. The objective is to keep the enemy busy with something else (or multiple things) that forces their attention, then to make your move, preferably unseen, when they are distracted.