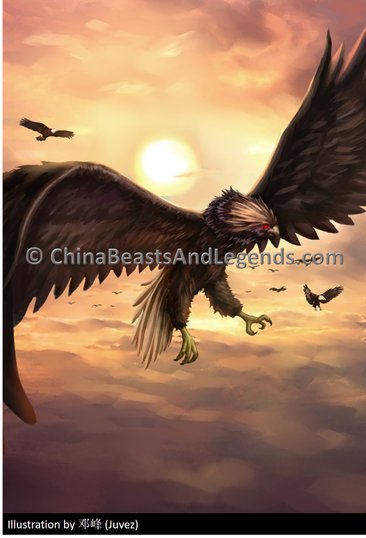 2 a Li (里 lǐ) is a measurement of length that has been used in China for thousands of years. However, the exact length is unknown and is believed to have changed multiple times over the years - which is why I translate it to "league". The modern day definition is 500m.

3 Tian Chi is often referred to in English, literally, as the the Pond/Lake of Heaven.

"When Peng flies to the southern sea, it hits the water [with its wings causing waves] three thousand leagues [high], as it sores to an altitude of ninety thousand leagues in the sky, using the winds of June to migrate."