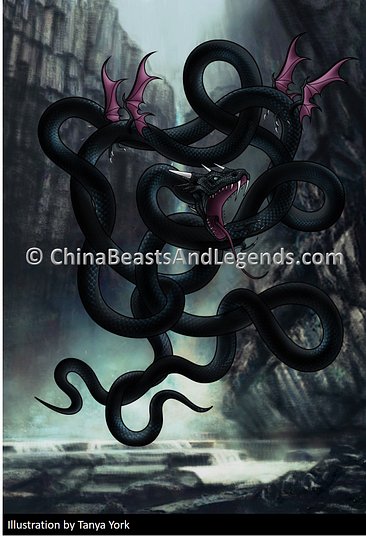 Fei Yi are mentioned numerous times in the Classic of Mountains and Seas (both North and West chapters), and are most commonly described as snakes with one head and two bodies. They are a bad omen, their presence foretells country-wide drought.

In the West chapter, Fei Yi are also described as having six feet and four wings.

Later in the chapter there is mention of something completely different, also called Fei Yi. It's a bird, like a quail, with a yellow body and red beak. Consuming its flesh can cure leprosy and kill endoparasites.

Best known for: 4-winged snake with 2 bodies and 6 feet