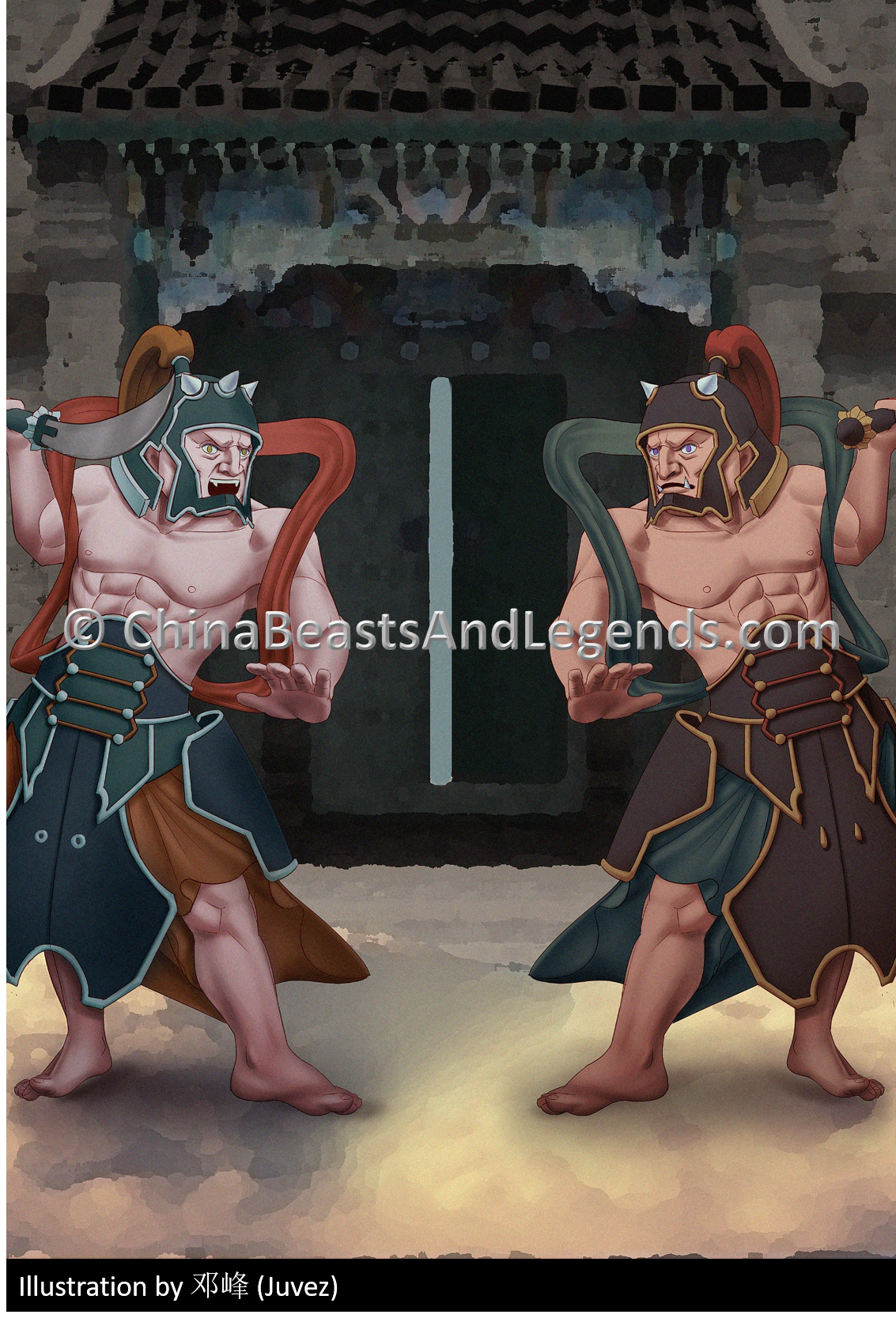 Heng Jiang and Ha Jiang, both share the given name Jiang 将 (jiàng), so they are collectively known as Heng Ha Er Jiang (哼哈二将 hēng hā èr jiàng), where Er (二 èr) means two. So you could read the name as "the two Jiangs, Heng and Ha."

Heng and Ha are two feirce generals from Chinese mythology, first mentioned in the "Investiture of the Gods" (封神演义 fēng shén yǎn yì) written in the late 16th century and early 17th century.

In Buddhism, they guard entrances to monasteries and temples to avert negative forces and protect the inner sanctity of the premises. You will find their images and statues scattered around China at the entryway to many sacred places.

In some stories, Heng and Ha are assigned to protect Buddha himself.