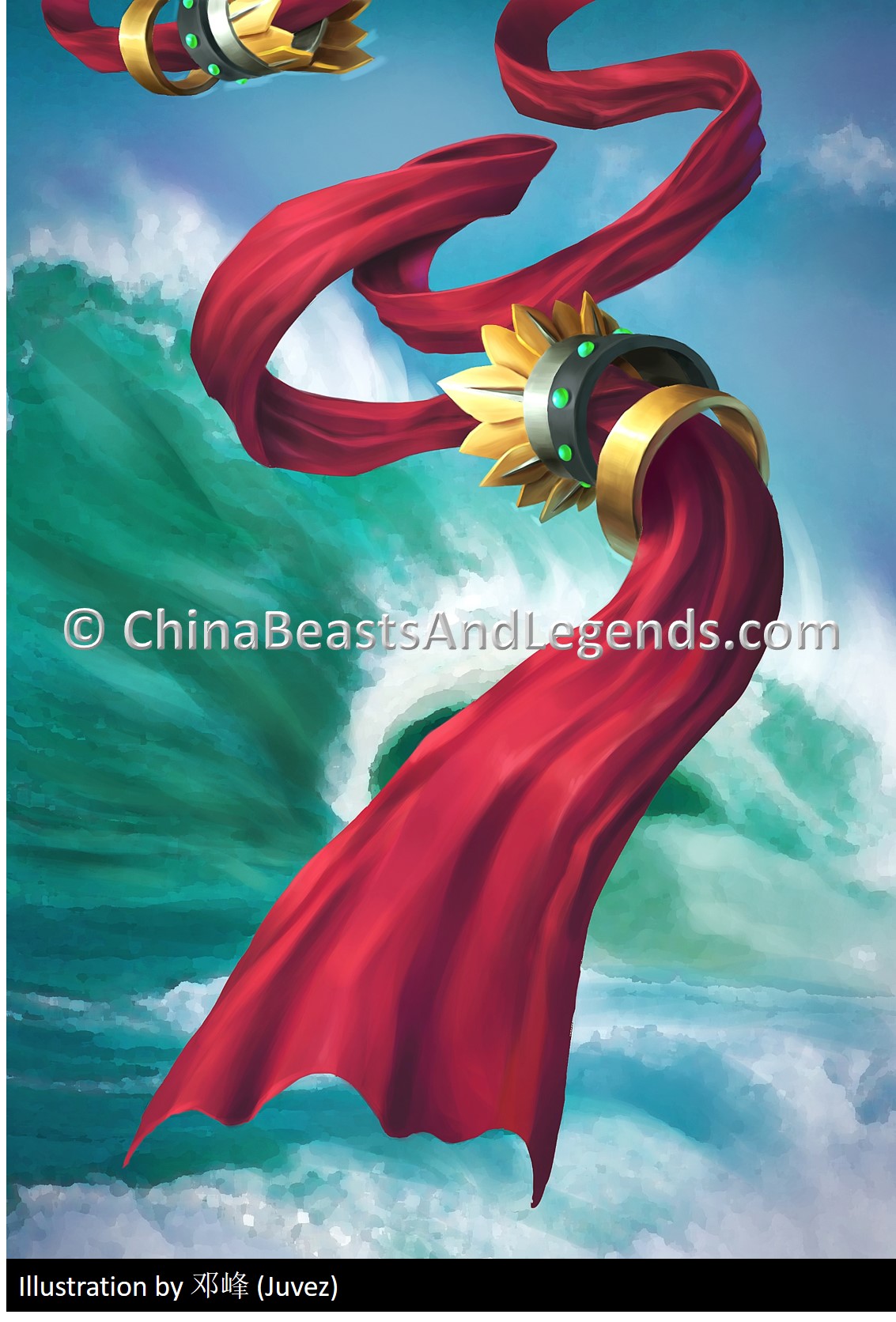 Sashes are worn by many mythical characters in Chinese mythology, including the Monkey King (孙悟空 sūn wù kōng). This one in particular belonged to Ne Zha (哪吒 né zhā). It was one of the two treasures that he was born with, the other being the Qian Kun Quan (乾坤圈 qián kūn quān).

The Armillary Sash is fire-red, 7 feet in length and is shaped like a dragon. It has the ability to change in length, bind its enemies, and even regenerate if cut, all by its own will.

Apart from being able to protect Ne Zha from attacks and help him to defeat his enemies, the Armillary Sash can also be used to create havoc in the sea (翻江搅海 fān jiāng jiǎo hǎi), chaos in the sky (混沌天空 hùn dùn tiān kōng), and contains the power of a Sea God (海洋之神力 hǎi yáng zhī shén lì).

Ne Zha once used it to shower in the sea which caused so much havoc that it almost caused the Crystal Palace, the home of Ao Guang (敖广 áo guǎng), to collapse.

Best known for: Disrupting the Ocean