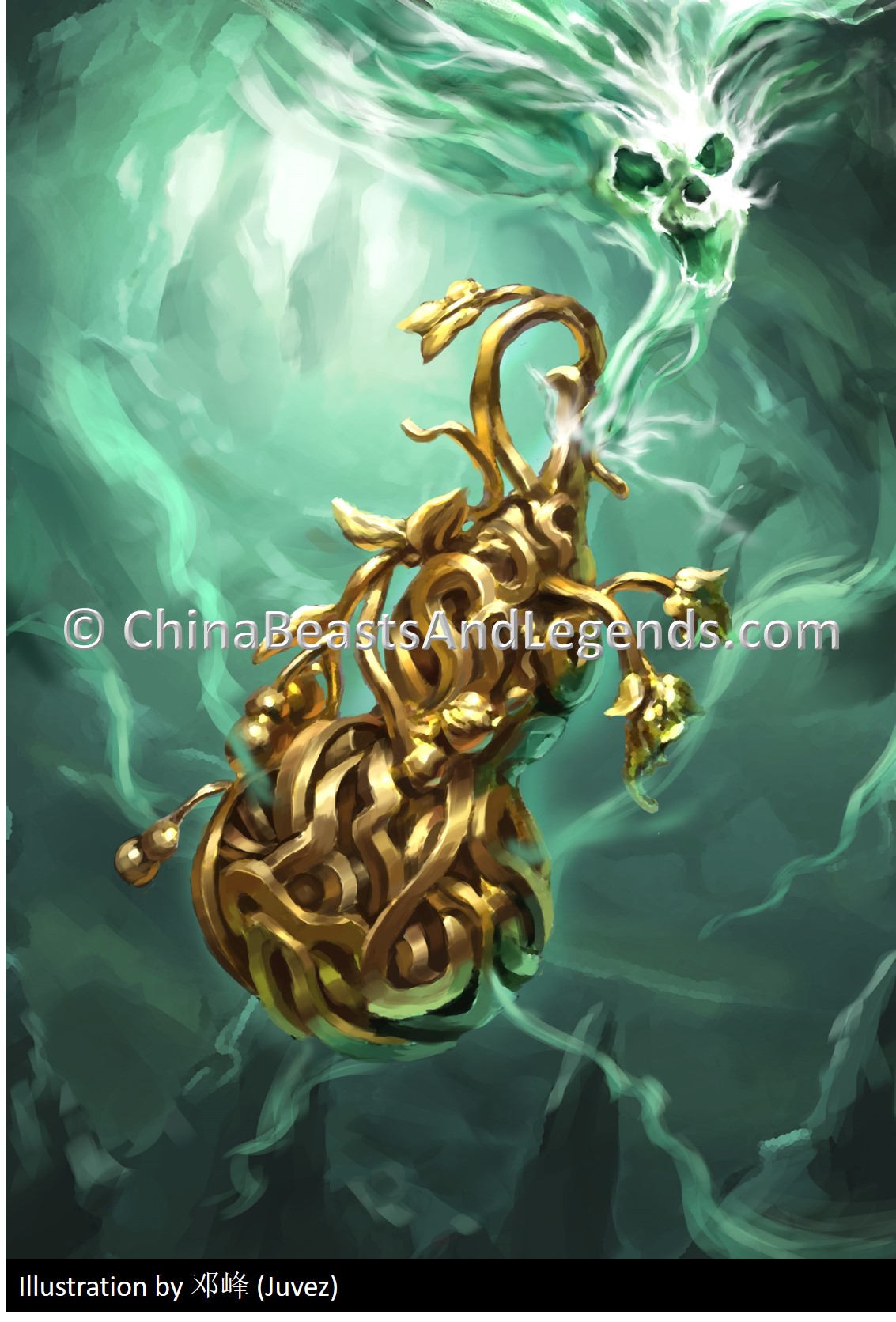 The Golden Gourd is a legendary treasure from the classic novel, Investiture of the Gods (封神演义 fēng shén yǎn yì), and belongs to Nü Wa (女娲 nǚ wā). It has the power to create a myriad of magical items.

In the novel, Nü Wa used the Golden Gourd to create the Demon Pennant (招妖旛 zhāo yāo fān) - literally "Attract Demon Flag" - in order to lure demons to her palace. Shortly after it came into existence, thousands of demons arrived. She instructed her apprentice to send them all back to where they came from, bar three; a 1000-Year Fox Demon (千年狐狸精 qiān nián hú lí jīng)1; a Nine-Headed Pheasant Demon (九头雉鸡精 jiǔ tóu zhì jī jīng); and a Jade Pipa Demon (玉石琵琶精 yù shí pí pá jīng).

1 A "1000-Year" Fox Demon implies the demon was once a normal fox that one day decided to cultivate itself, for a thousand years, to become a Jing 精 - often translated to "demon" in English.

Nü Wa instructed the three demons to put a stop to a clan leader, named Cheng Tang (成汤 chéng tāng), that was reeking havoc across the land. Upon receiving their orders they kowtowed and vanished from sight.

2 According to Chinese Buddhism, cultivation to a higher state of being takes thousands of years. In this example, Cheng Tang's journey to cultivation was set back 600 years.