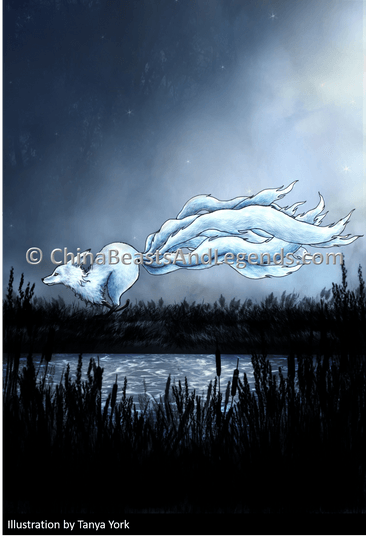 This is an extremely popular creature from Chinese mythology that has been used in many stories through time. The nine-tailed fox is said to reside in the Qingqiu Mountains (青丘之山 qīng qiū zhī shān), resembles a fox, has nine tails, and makes a sound like a crying baby. They eat humans and anyone who eats their flesh is said to be protected from poison.

The thing that separates this beast from the rest is that it has the ability to morph in to a beautiful woman. These creatures are manipulative and are often used to seduce and control powerful men. A strategy so effective it is listed as one of the 36 Stratagems for politics, war, and civil interaction - "The Beauty Trap" (美人计 měirén jì).

It is said that "[even] if a [male] ruler cannot be influenced by beauty, he will not be able to resist a nine-tailed fox."

Best known for: Changing in to a beautiful woman then seducing and taking advantage of men