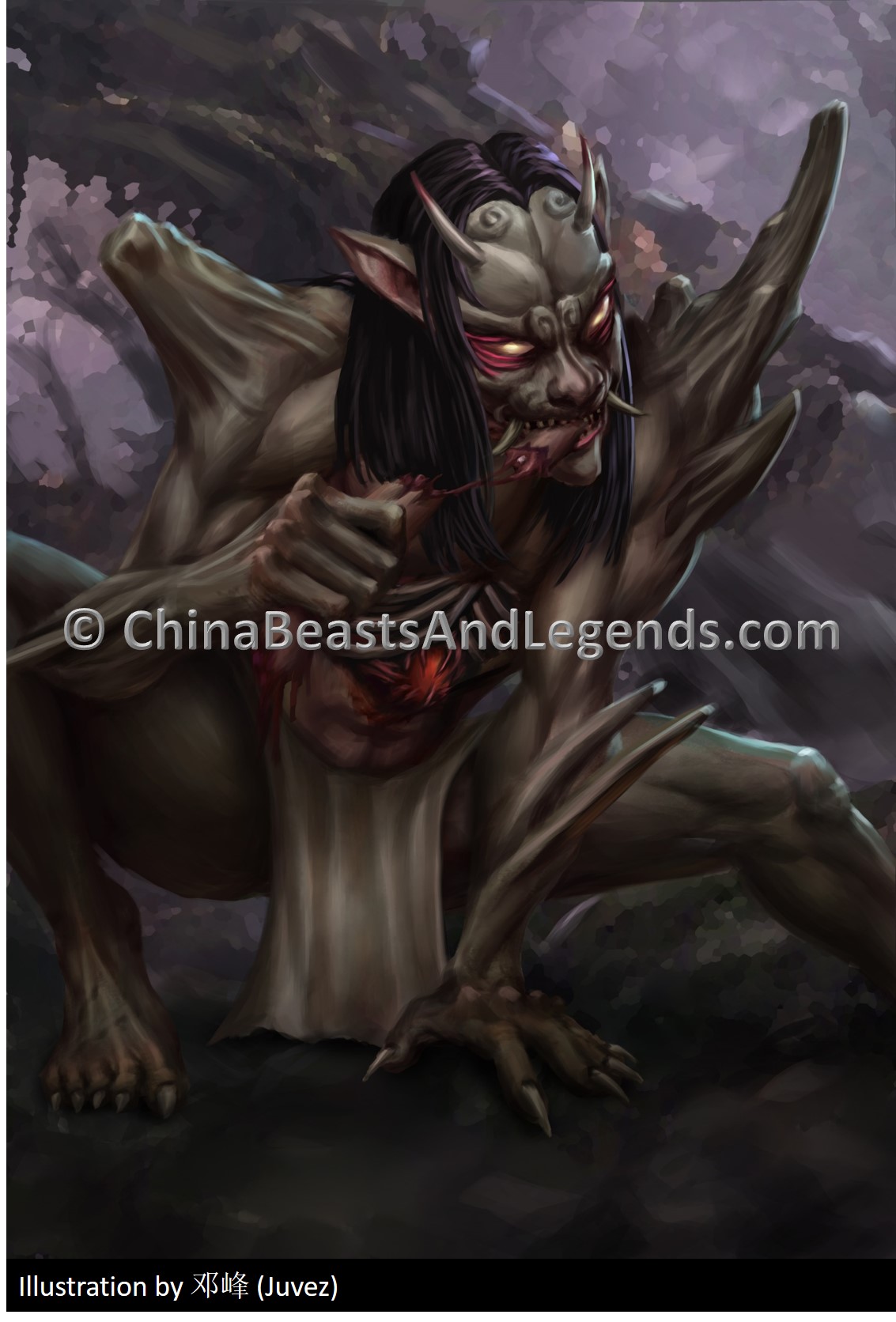 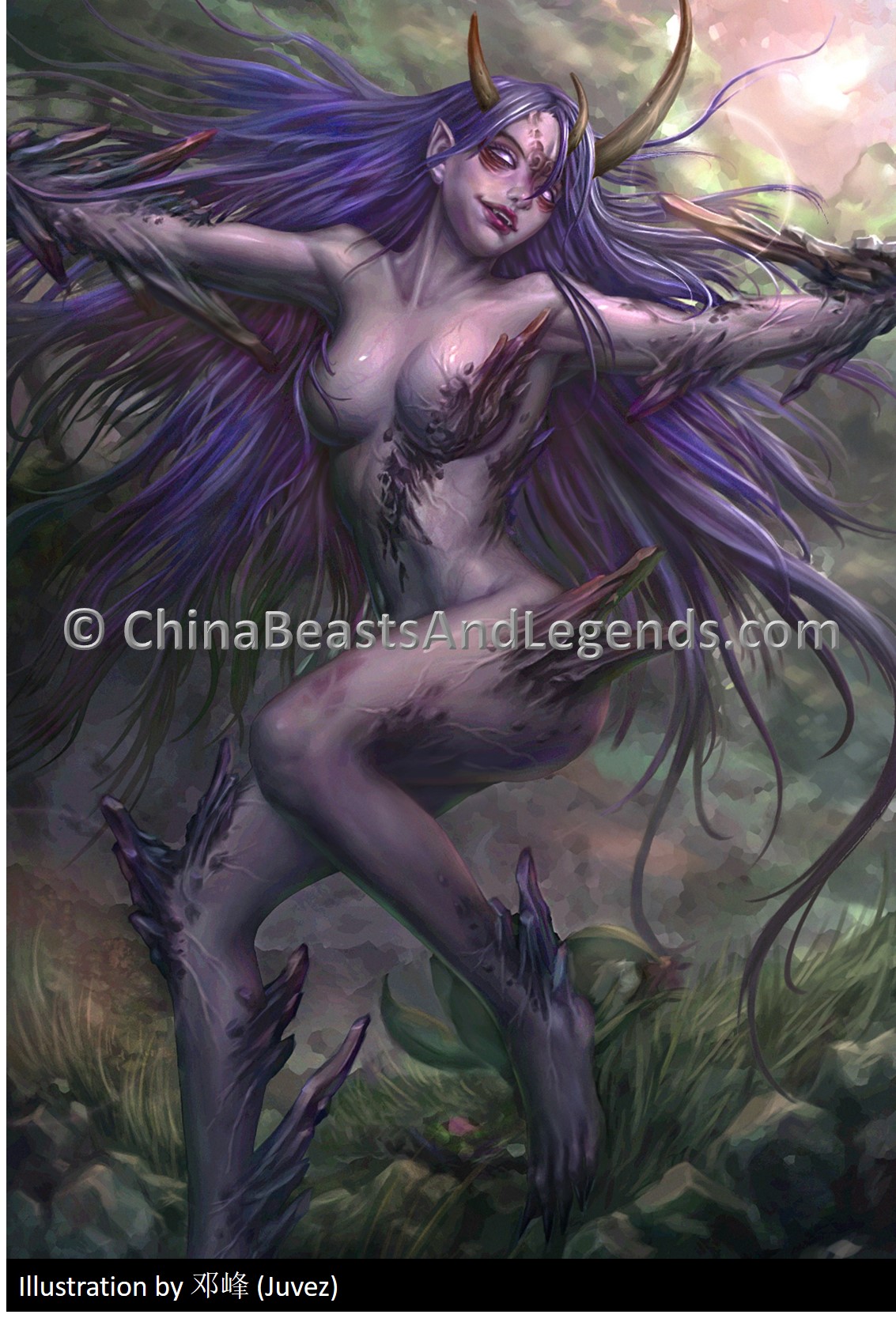 Luo Cha are mentioned in various Buddhist scripture and are believed to be evil, man-eating spirits that can shapeshift and even move through the air or on the ground at great speeds.

The Chinese name for male Luo Cha (男罗刹 nán luō chà) comes from the original Sanskrit (rākṣasa: Rakshasa) and is pronounced simliarly. They are commonly described as having black skin, vermilion hair, and green eyes. Female Rakshasas are known as Rakshasi (女罗刹 nǚ luō chà) and are commonly described as being extremely beautiful with a charming nature - at least in their human form.

Luo Cha are said to be the "jailers" of Di Yu (地狱 dì yù), tasked with carrying out the torture methods prescribed to each sinner for the duration of their stay in each of the individual Courts. These jailers are said to take on different forms to those mentioned above, though all humanoid, other features vary, such as having an ox-head and human hands; bull hoofs; deer or goat-heads.