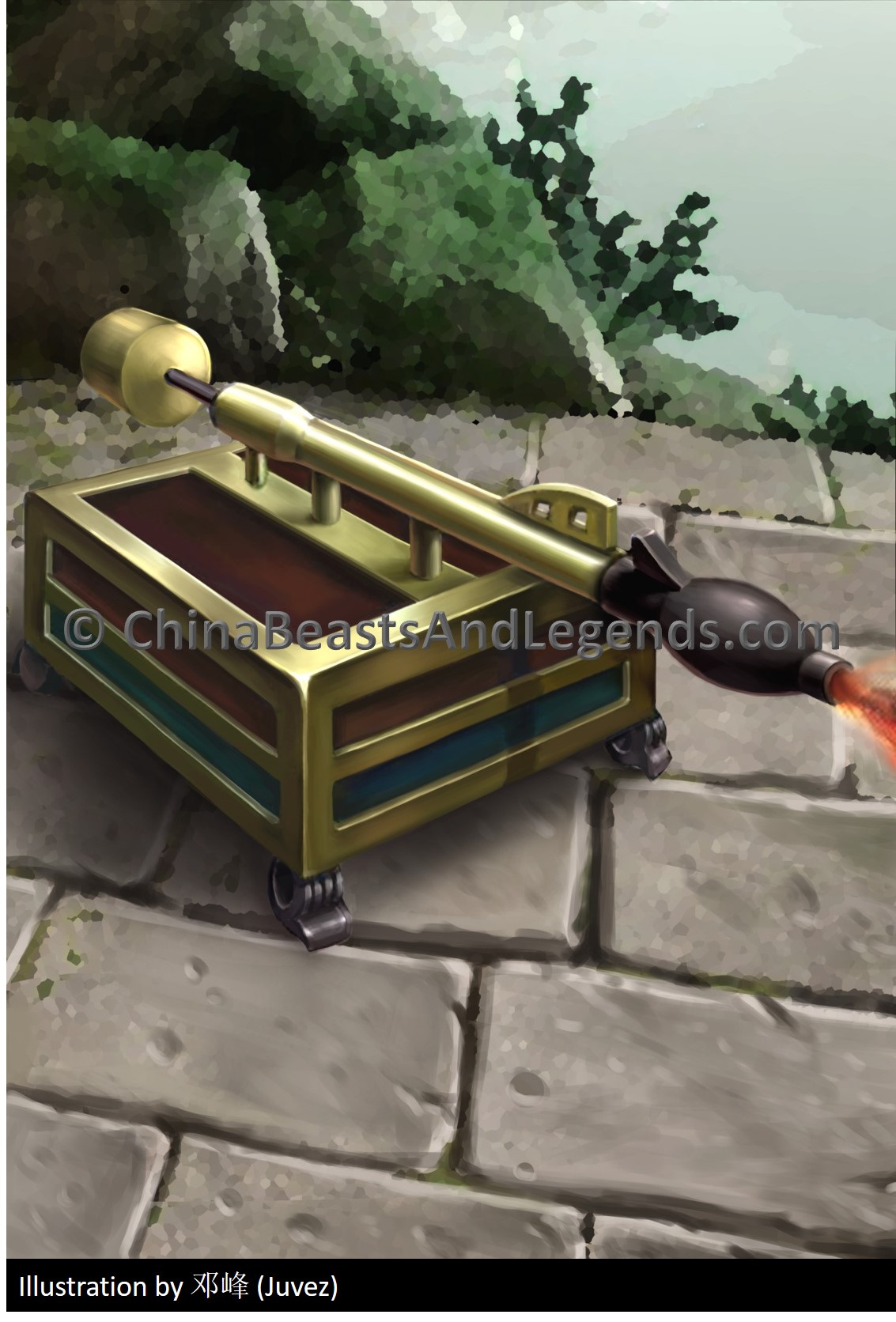 Fire and oil were used on the battlefields in China as far back as the Southern and Northern Dynasties (南北朝 nán běi cháo) (420-589 ADE). And in 919 ADE, during the Five Dynasties and Ten Kingdoms Period (五代十国 wǔ dài shí guó) (907–979 ADE), the first "fire breathing device" (喷火器 pēn huǒ qì) was brought to the stage, with written records of its existence dating back to 917 ADE. Quite literally 1,000 years before the Germans produced their Flammenwerfer.

By the beginning of Northern Song (北宋 běi sòng) (960–1127) - an era during the Song Dynasty (宋朝 sòng cháo) - the weapon had been improved, was readily available and widely used by the Chinese armies. The new-and-imrproved 猛火油柜 (literally "Fierce Fire Oil Cabinet") used petroleum as fuel encased in a container made of wrought copper with four legs and four copper pipes. Records show that this design could shoot fire out up to around 60ft and was capable of melting armour.

Around that time, a smaller version also existed that was easier to carry around and could be used in closer proximity to devestate and cause panic to the same effect as their larger counterpart.

This is the true origin of modern flamethrowers.