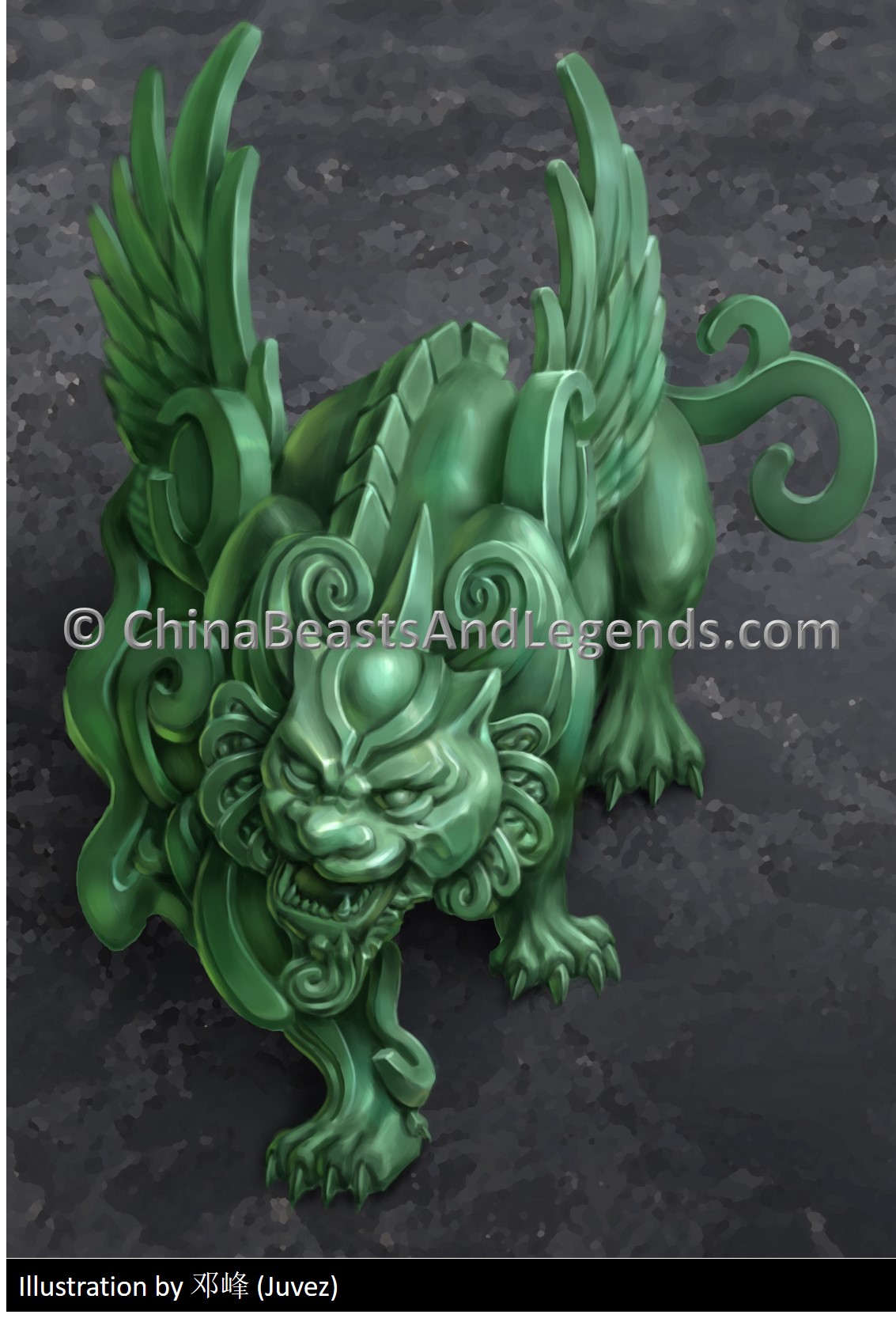 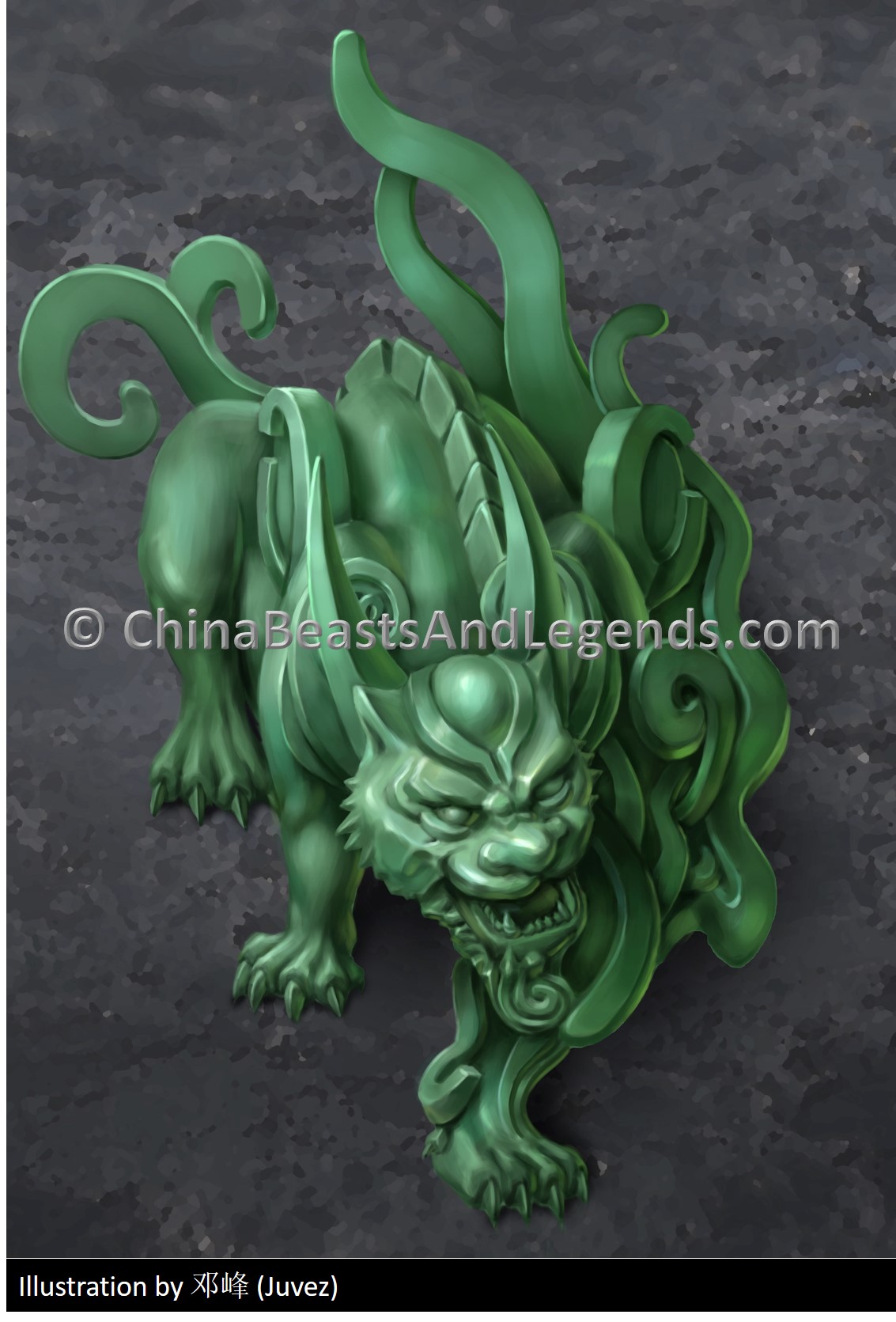 Pi Xiu are a type of guardian creature with the body of a tiger, lion, horse or leopard, the head of a dragon (or something in between a lion and a dragon), and a dragon tail. More often than not they are depicted with either jade or golden skin, and statues of them were commonly made of those matierals, too. However, in more recent history, as their likeness was used more and more across China, other materials were and are used as well, such as bronze and stone.

The male of the species is called a Tian lu (天禄 tiān lù). They have one horn on their head that stretches out backwards, and a pair of wings on their shoulders that do not open. The male is in charge of wealth and is said to collect/absorb wealth from others on behalf of its master. Some records state that Tian Lu can absorb the essence of evil entities, and convert that into treasure.

The female of the species is called a Bi Xie (辟邪 bì xié). They have two horns on their head that stretch out backwards, but they do not have any wings. The female wards off evil, can improve Feng Shui (风水 Fēng shuǐ), and bring two people together (for marriage).

According to legend, Pi Xiu are ferocious beasts with divine powers. They are a sacred animal, responsible for patrolling the Heavens to prevent disturbances from demons, ghosts, and plagues. Ancient Feng Shui masters believed that Pi Xiu could be utilised to convert disasters into auspicious occassoins, and negative energy into positive energy. Everyone from the Emperor to common folk would carry tiny carvings of Pi Xiu on their person at all times, believing that they could bring good luck.

Tian Lu can often be found in places of business to attract wealth. Some business owners will also pair that with a statue of Bi Xie which not only protects from evil but can also hord the treasures brought in by Tian Lu, and ensure they never leave.

Pi Xiu are believed to be extremely loyal to their master, and will protect them with their life. Even when their master passes, they will carry them to Heaven on their back to ensure their safe passage.

Legend has it that one day, Pi Xiu violated the rules of heaven by defecating on the floor. When news of this reached the Jade Emperor (玉帝 yù dì) he decided to punish Pi Xiu by declaring that from that point forth, they could only feed on treasures (gold, jewels, etc.) with the downside of never being able to excrete it.

Some versions of the same story say that the Jade Emperor spanked Pi Xiu so hard that he blocked it's rectum, making it so that they could never excrete anything ever again.

This is why the tails on Pi Xiu statues are always hanging down, covering the rectum from sight.