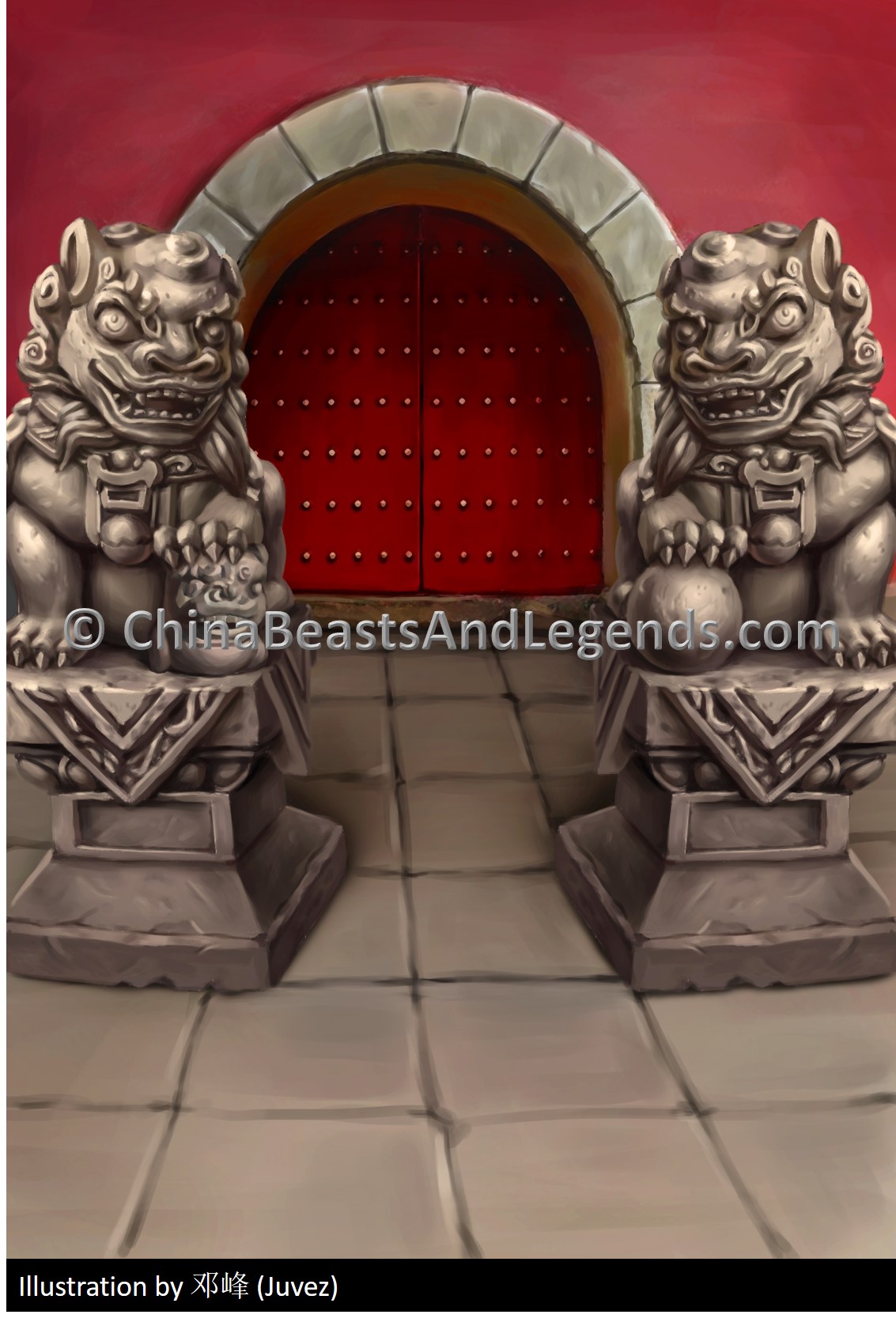 Stone Lions are common objects found in Chinese culture dating back as far as the Eastern Han Dynasty (东韩  dōng hàn) (25 ADE - 220 ADE). The earliest Stone Lions that have been unearthed lie infront of Gao Yi's (高颐 gāo yí) tomb - a well loved an respected official of the time. He passed in 209 ADE.

In the West, Stone Lions are often referred to as Chinese Guardian Lions or Imperial Guardian Lions. They are beautifully crafted statues of lions, one male (with a ball under his paw representing supremacy over the world) and one female (with a cub under her paw representing nurture). They can be found in and around Palaces, Temples, Pagodas, Bridges, Mansions, Gardens, Tombs and at the top of official seals. They are more often than not, situated on either side of a doorway, protecting the room within.

According to legend, the kindom of Da Yue Zhi (大月氏 dà yuè zhī) sent a golden lion statue to the then emporer of China. Later, with the introduction and widespread of Buddhism across the country, lions became known as spiritual beasts with divine powers. At some point in history (exact date unknown), people started creating statues of them and using them to protect doorways, thus becoming a part of Chinese culture.

Apart from having different characteristics throughout time, Stone Lions also have regional differences. On the whole, Stone Lions from the north are more masculine and simple; whereas the Stone Lions in the south are more feminine, lively, and have various accessories. In addition, in the south, cubs are not always under the paw of the lioness, they are often sculpted climbing on her back and shoulders.