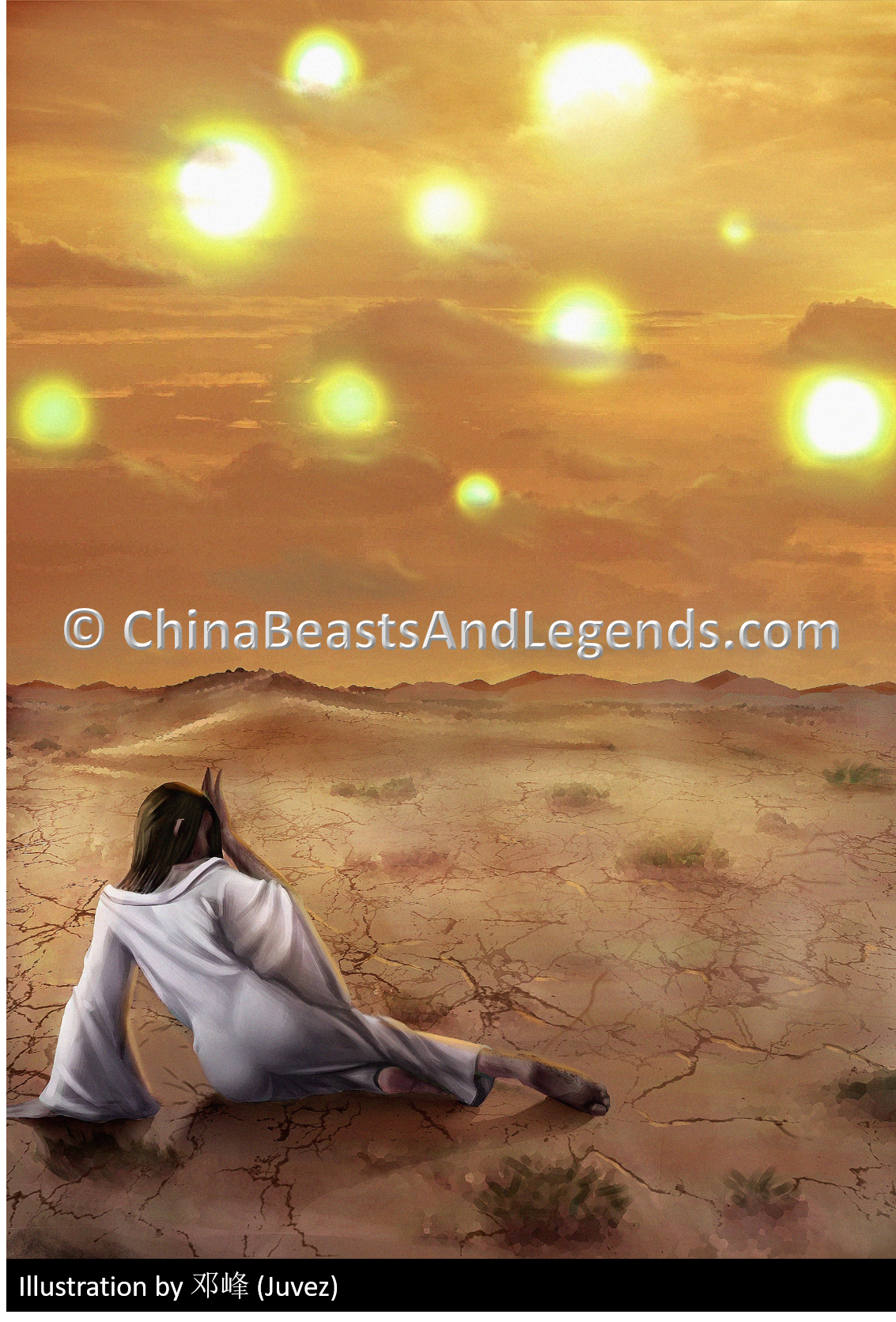 女丑 (nǚ chǒu) literally translated means "female ugly." However, I have read through many texts and haven't found any evidence to suggest that the corpse of Nv Chou belonged to an ugly woman.

Though there is some debate about the true identity of the corpse, a famous Chinese mythologist, named Yuan Ke (袁珂 yuán kē), believes that Nv Chou was a witch from ancient times. According to him, this witch had great magical powers and rode around on a single-horned dragon fish (独角龙鱼 dú jiǎo lóng yú) known as a Bie Yu (鳖鱼 biē yú). She also controlled a crab that lived in the North Sea that was 500km long and always ready to serve her.

In the Classic of Mountains and Seas, Nv Chou's fate was sealed when the 10 Suns appeared in the sky simultaneously. Her corpse was found facing the Suns, burnt to a crisp in the desert with her right hand covering her face.

Yuan Ke believes that she was there to perform magic in an effort to disperse the additional suns and bring the drought to an end, but sadly died in the process.

In another version of the legend, Nv Chou was burnt to death immediately at birth because of the 10 Suns in the sky. This caused Hou Yi (后羿 hòu yì), the Great Archer, to take action and shoot down the Suns.

The Corpse of Nv Chou

Best known for: Burnt to Death by the 10 Suns