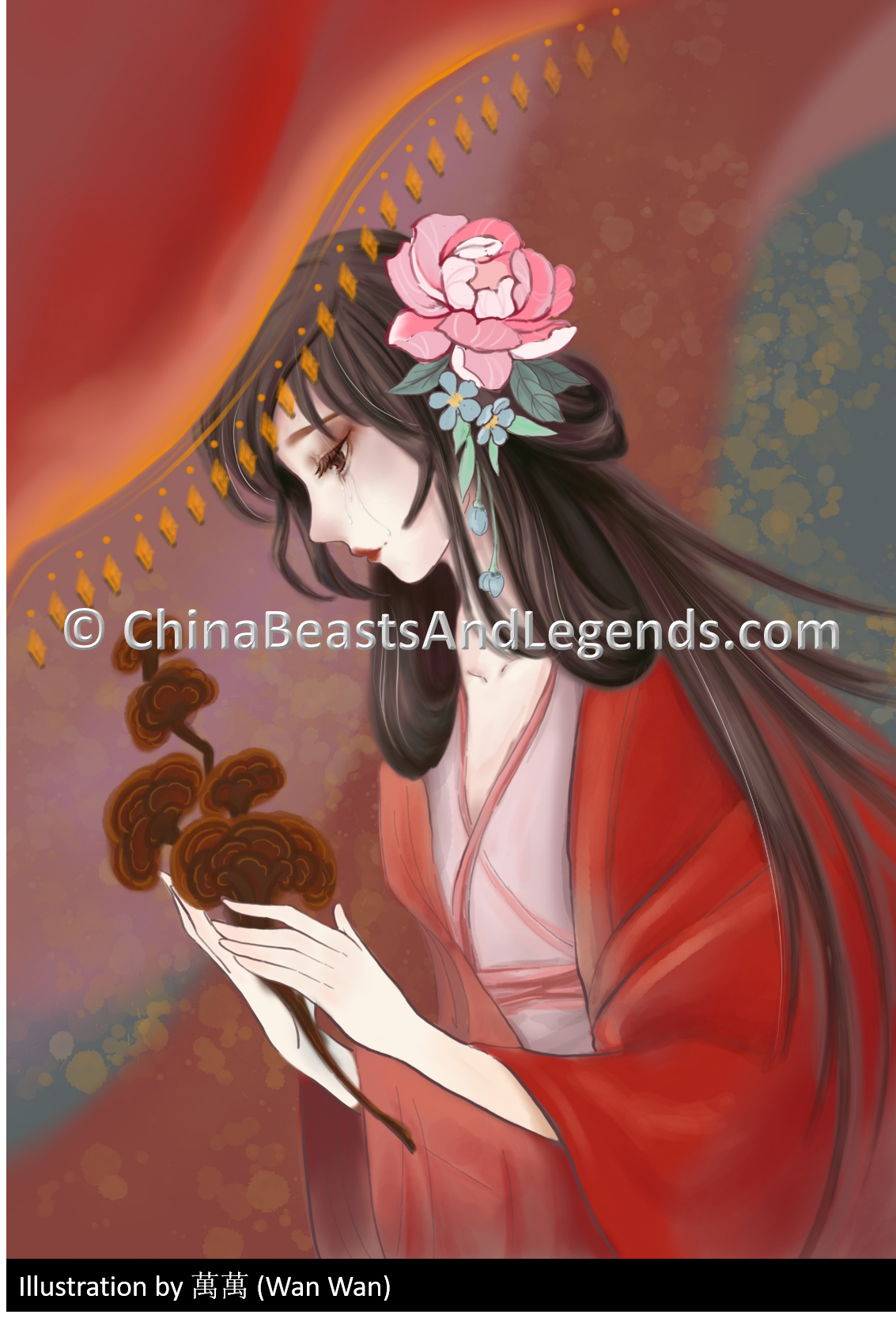 When Yan Di (炎帝 yán dì) accidentally killed one of his daughters, his third daughter Yao Ji (瑶姬 yáo jī) took it hard. She began to hate all the men under the sun. So on the eve of her arranged marriage, in a state of depression, she took her own life. Her body was then buried on Wu Mountain (巫山 wū shān) where it transformed into  ganoderma lucidum (灵芝 líng zhī) - a type of fungus also known as lingzi mushroom or reishi mushroom.

It is said that if any woman who passes by, picks some of the mushroom and places it on her body (say on a necklace), she will captivate any and all men she meets.