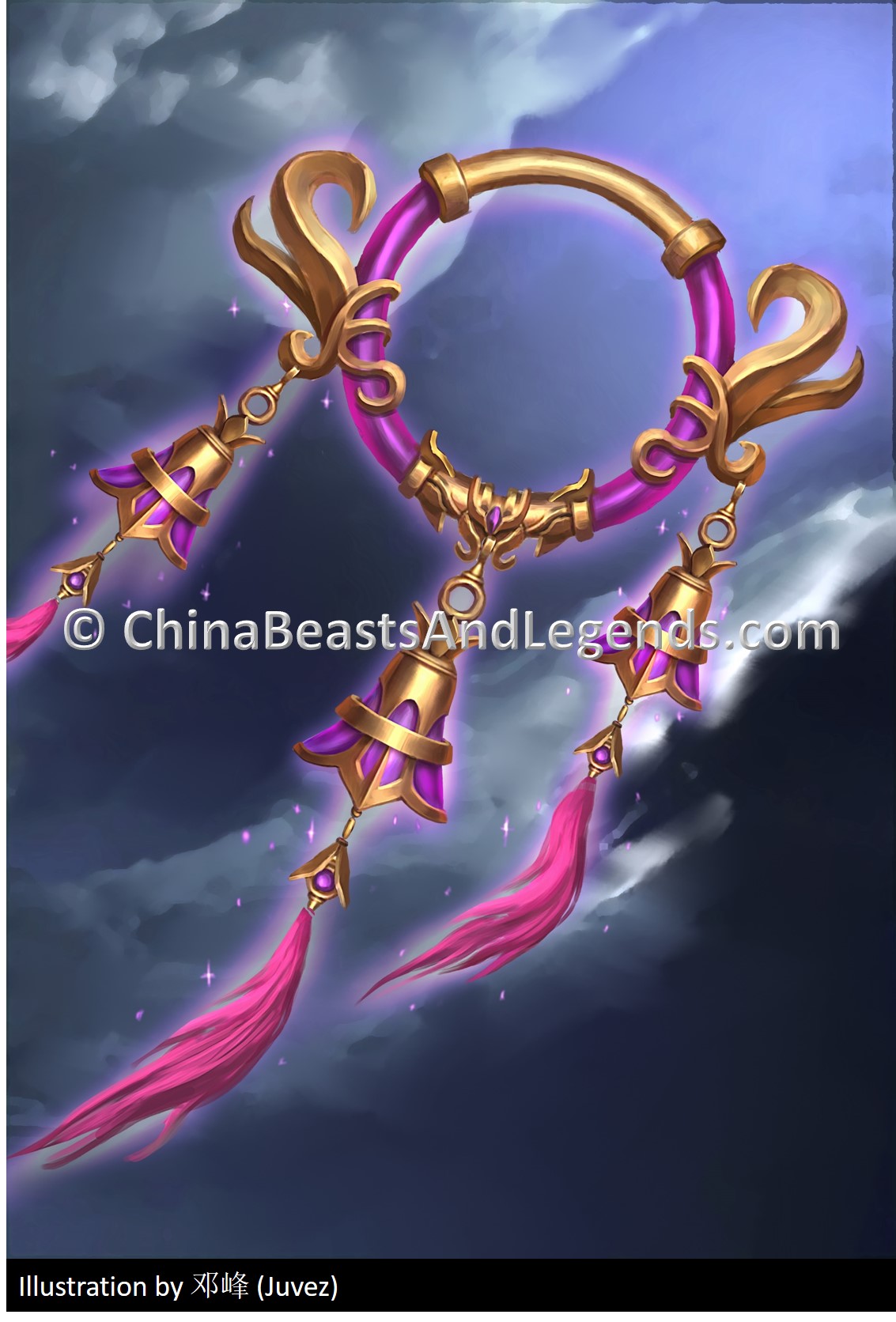 The Purple-Gold Bells are a magic weapon that belonged to Guanyin Bodhisattva (观音菩萨 guān yīn pú sà) in the Journey to the West. It was forged by Tai Shang Lao Jun (太上老君 tài shàng lǎo jūn) in his Ba Gua Furnace (八卦炉 bā guà lú) and was stolen by Sai Tai Sui (赛太岁 sài tài suì) – who was originally Guanyin Bodhisattva’s steed, the Golden Hou (金毛犼 jīn máo hǒu) – before finally being returned to Guanyin.

The Purple-Gold Bells are an extremely powerful weapon. Ringing the bells once will produce fire, twice will produce smoke, and three times will cause a mini tornado strong enough to pick rocks up into it's vortex to attack the enemy.

Best known for: One of Guanyin's weapons