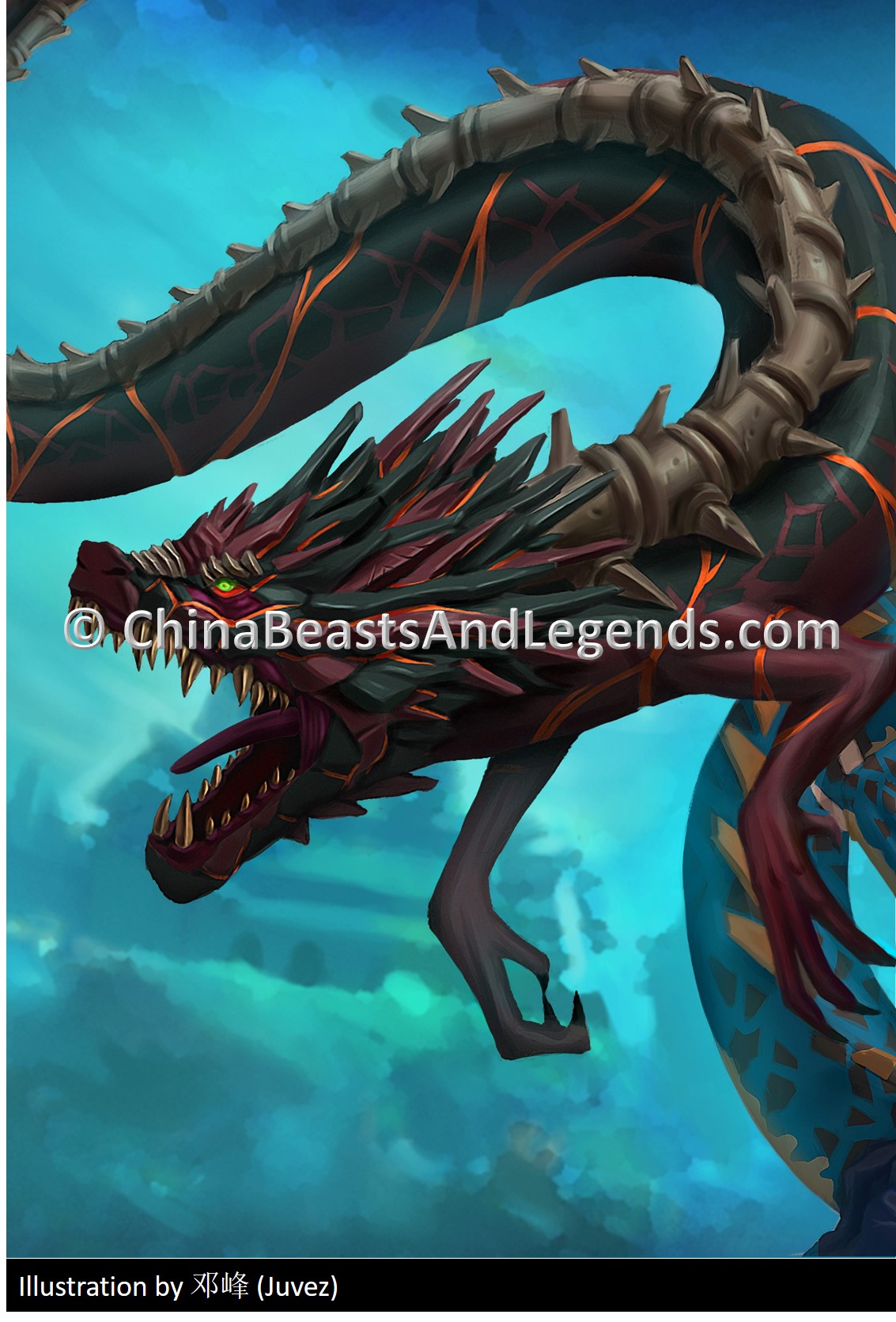 According to legend, Ao Qin, King of the Southern Sea, can move clouds, control rain, ward off disasters and bring about good fortune. He is a symbol of auspiciousness. This is why it has become a custom throughout China to pray for peace and good harvest by performing the dragon dance (舞龙 wǔ lóng). Furthermore, given the importance of this belief among Chinese people, many Dragon King Temples have been built in various places around China to worship the Dragon King. There are many statues in each of the temples, and more often than not, there is only ever one dragon king statue.

The King of the Southern Sea is a god who manages the ocean by order of the Jade Emperor (玉帝 yù dì). He manages all the creatures in the ocean, controls the rain on earth and holds dominion over countless shrimp and crab soldiers (虾兵蟹将 xiā bīng xiè jiàng).

During Tang Seng's (唐僧táng sēng) Journey to the West with the Monkey King (孙悟空 sūn wù kōng), the King of the Southern Sea helped Tang Seng personally on numerous occasions, made efforts to cause trouble for his enemies, and deployed his troops to assist him.

Ao Qin is one of the Dragon Kings of the Four Seas.

Best known for: King of the Southern Sea