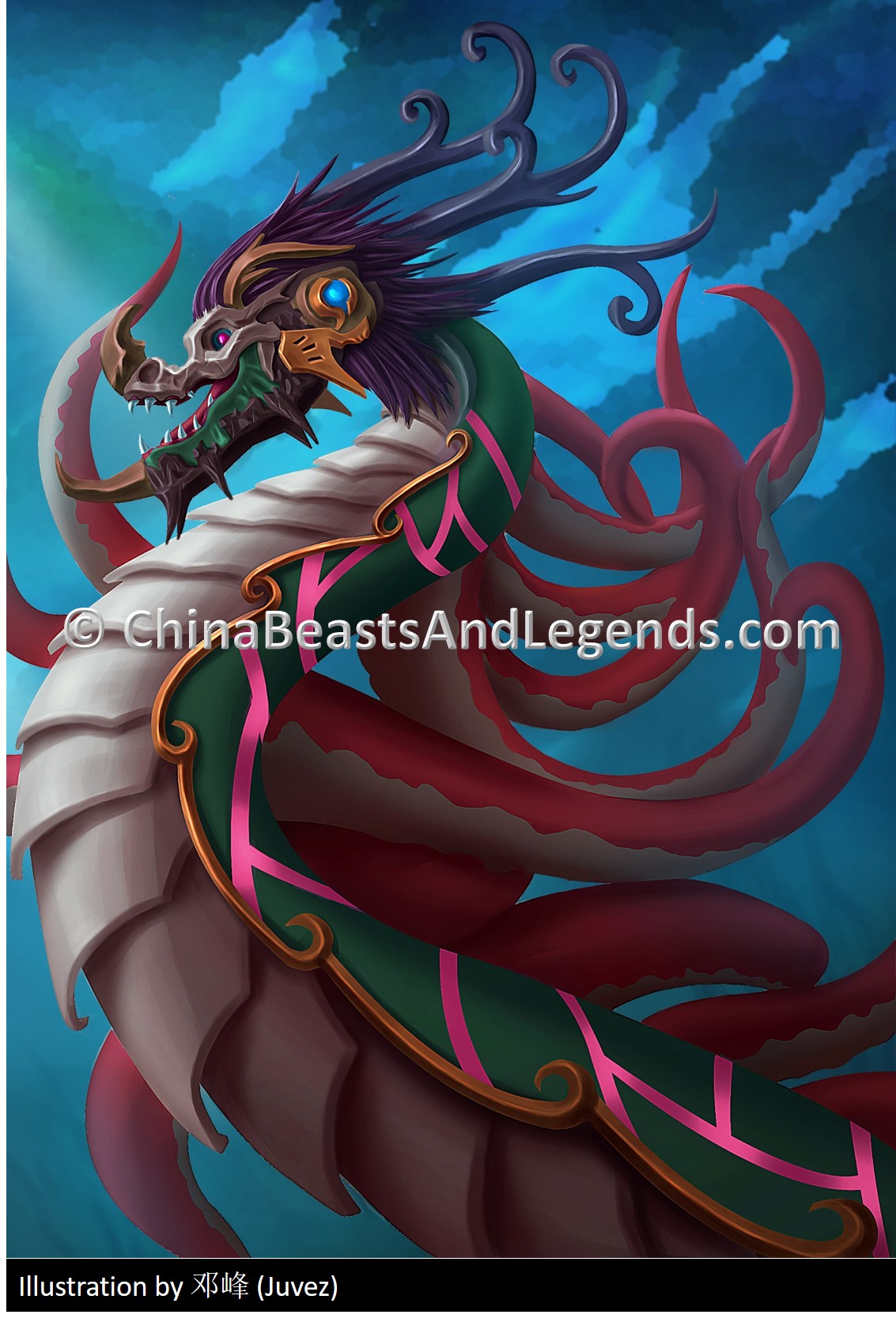 The Dragon King of the Western Sea is one of the Dragon Kings of the Four Seas, one of the Four Spirit Beasts, according to ancient Chinese legend. As an important belief amongst the people of China, many Dragon King Temples have been built in various places around China to worship the Dragon King. There are many statues in each of the temples, and more often than not, there is only ever one dragon king statue.

And since, according to legend, dragons have the ability to move clouds, control the rain, ward off disasters and bring about good fortune, he is revered as a symbol of auspiciousness. This is why it has become a custom throughout China to pray for peace and good harvest by performing the dragon dance (舞龙 wǔ lóng).

The Divine Incantations Scripture (太上洞渊神咒经tài shàng dòng yuān shén zhòu jīng) provides an overview of the dragons in Chinese mythology. The text describes the “Five Emperor Dragon Kings,” one for each direction (North, South, East, West and Centre); the Dragon Kings of the Four Seas; the 54 dragon kings and 62 dragon gods between heaven and earth.

太上洞渊神咒经 literally translates to “Most High Cavernous Abyss Divine Spells Scripture,” and is the oldest known Chinese classic text that details an apocalypse.

In folklore, Dragon Kings are closely associated with rain, so whenever the people suffer from rain related natural disasters, such as droughts and floods, they assume that they have somehow angered the Dragon King and are now being punished. As a result, the Dragon Kings are feared as strict and fierce gods.

Best known for: King of the Western Sea

The majority of temples that were built to worship the Dragon Kings lie in the east of China, where floods and droughts were more common than in other parts of China.