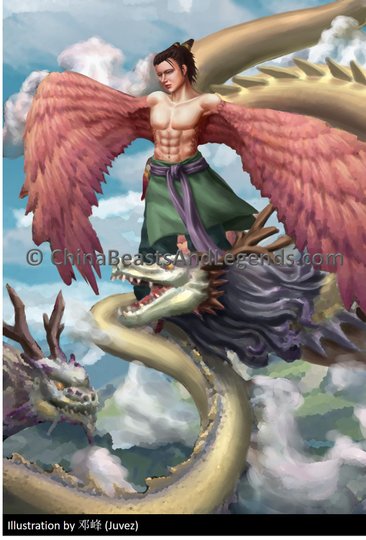 Gou Mang is the God of Wood (木神 mù shén) - one of the Five Elements (五行 wǔ xíng) in accordance with ancient Chinese philosophy - and is in charge of the germination and growth of trees. He is the loyal assistant of his father, Emperor Zhi.

Gou Mang was extremely important in ancient times, he was always an integral part of of Spring Festival celebrations and highly revered by Chinese people.

In the Classic of Mountains and Seas (山海经 shān hǎi jīng), Gou Mang is described as having the body of a bird, the face of a human, and to ride across the sky atop two dragons.

Best known for: The God of Wood