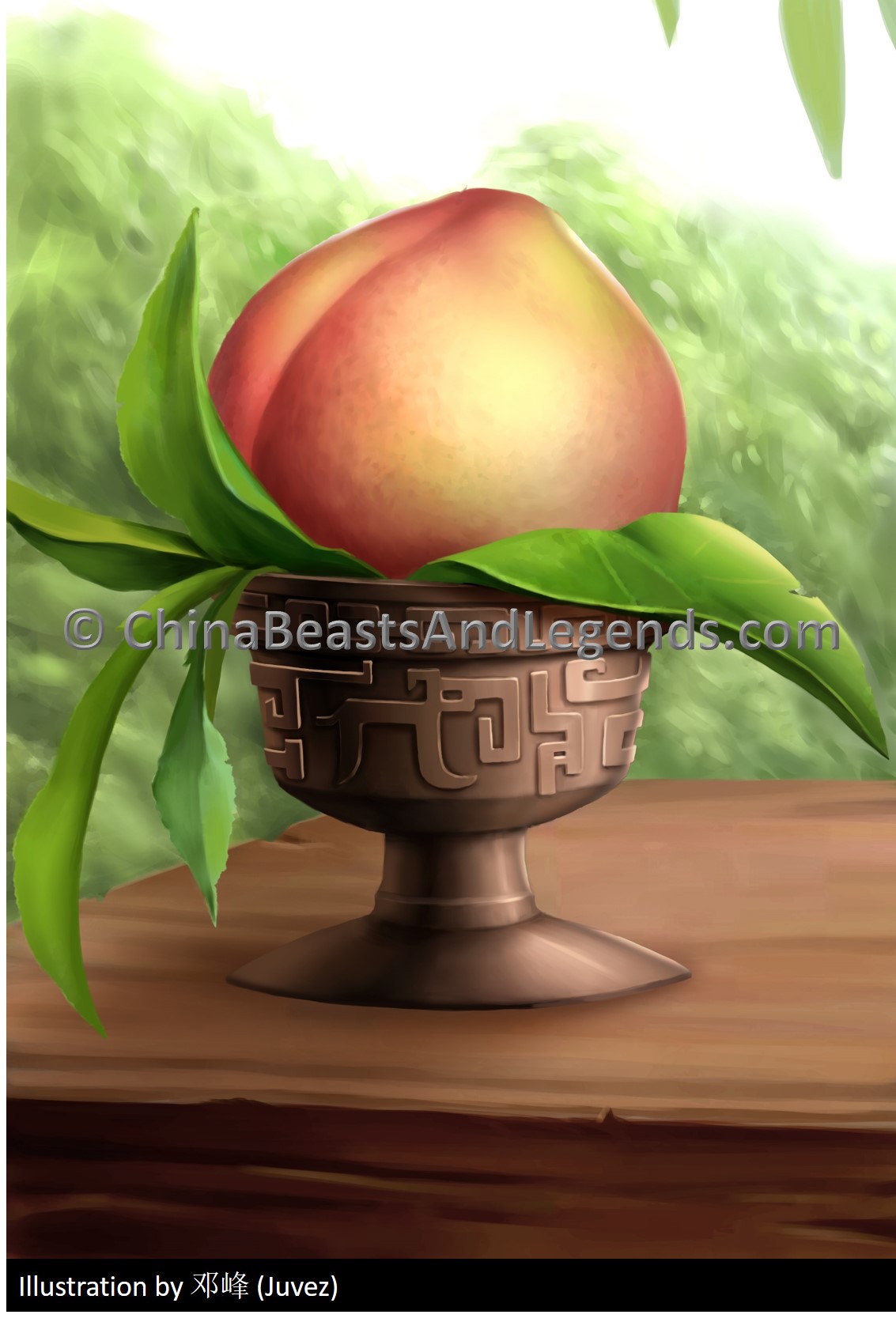 According to legend, Peaches of Immortality are said to grow in the Queen Mother of the West's (西王母 xī wáng mǔ) Flat Peach Garden (蟠桃园 pán táo yuán), which is located in Heaven (天堂 tiān táng).

In the garden there are 3,600 peach trees. The first 1,200 trees bear fruit once every 3,000 years and grant the consumer immortality, however, they remain human.

The middle 1,200 trees bear fruit once every 6,000 years and grant the consumer immortality, they become a deity and can rise to Heaven.

The last 1,200 trees bear fruit once every 9,000 years that when eaten allow the consumer to become one with the universe.

It is said that only two people on earth have ever been given a peach from the sacred garden, one was Emperor Zhou Mu (周穆王 zhōu mù wáng)1 and the other was Emperor Wu of Han (汉武帝 hàn wǔ dì)2.