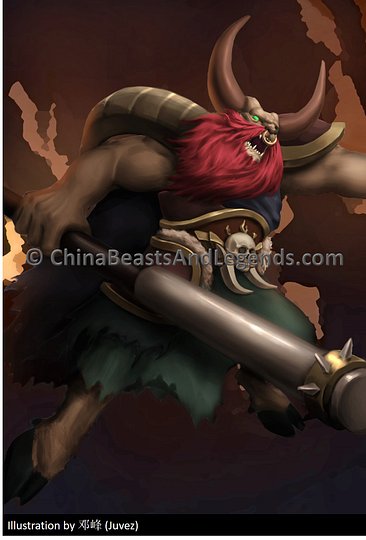 Much like the Monkey King he knows the way of the 72 changes (七十二变 qī shí èr biàn), and has the ability to change into a giant (巨型身法 jù xíng shēn fǎ).

Best known for: Being the Monkey King's equal

It's only later when the Monkey King betrayed his brother's trust by morphing into a copy of him and stealing his wife's Ba Jiao Fan (芭蕉扇 bā jiāo shàn) - a powerful magical artefact - that they became enemies. And during the fight that commenced shortly after, the Bull-Demon King morphed into his true form, a giant white bull, and proved himself to be one of the few beings in Heaven or Earth who could match the strength of the Monkey King. The only reason the Monkey King won the battle is because he was wielding more powerful magical items, namely, the Wishing Staff.