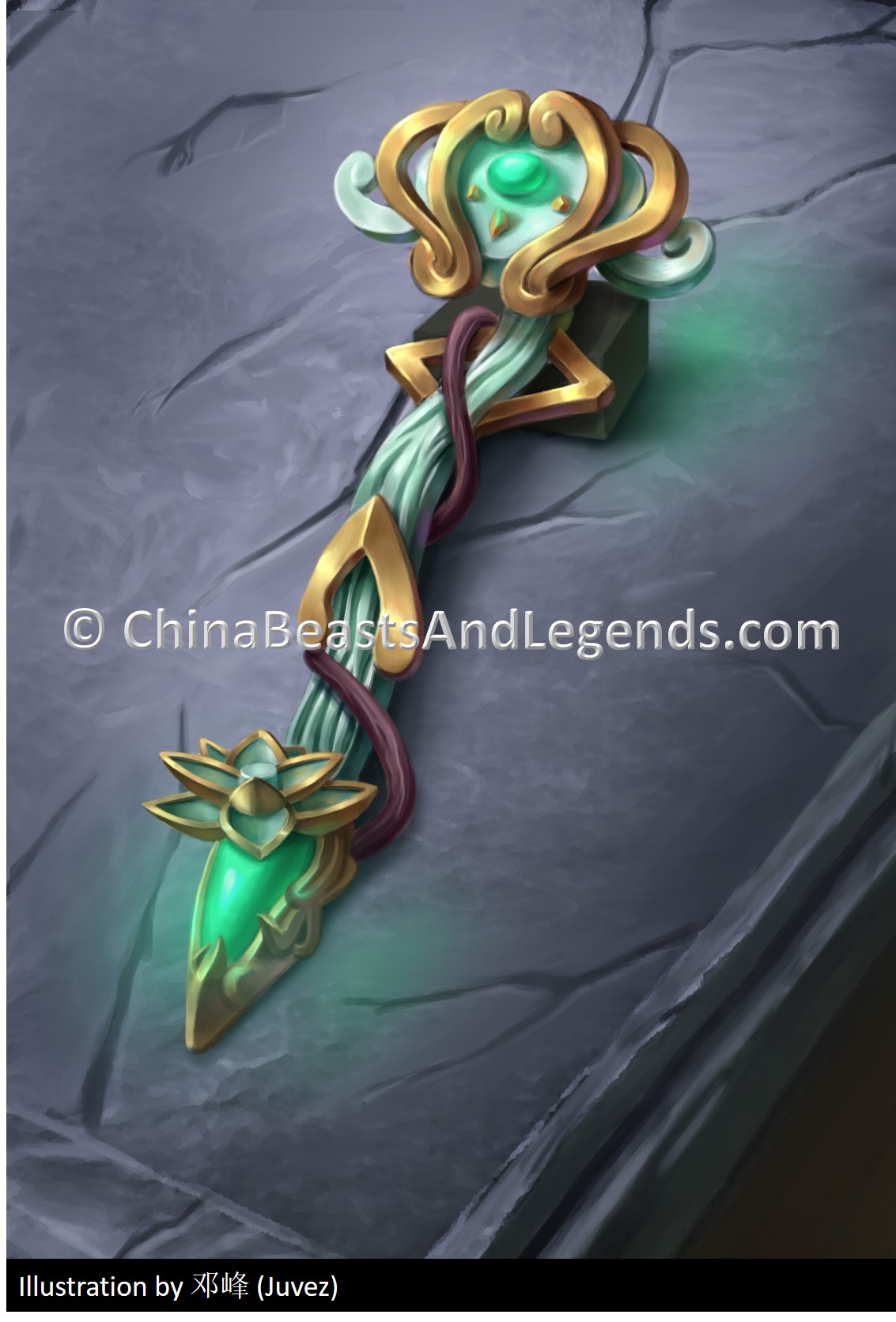 The Ru Yi scepter was originally a back-scratching tool used by monks in China as long ago as the Eastern Han period (东汉 dōng hàn) (25-220 BCE). These tools were anything from 15-24 inches in length, had an s-shaped handle (similiar to a human spine) which widened and curved at one end, and often had a cloud or Ling Zhi Mushroom (灵芝 líng zhī) pattern carved into it. At first they were made of simple materials, such as wood and bamboo, and were very common. Documents show that monks also used Ru Yi scepters to record Buddhist scripture while preaching.

During the Later Han dynasty and Jin dynasty (晋代 jìn dài) (265–420 ADE), records - as well as a multitude of artworks - show that the tool was adopted by scholars and nobles during conversations and gatherings as a Tan Bing (谈柄 tán bǐng), or "talking stick" where the person holding the scepter had control of the floor. This was probably an adaptation of a similar concept in India at the time where a stick was used as a kind of ceremonial scepter by Buddhist monks.

Soon the Ru Yi scepter became a symbol of power and authority across China amongst scholars and leaders alike. Ru Yi scepters from thereon were made of rhino horn, iron, silver, gold or jade, and were embellished with precious stones and gems.

Another school of thought is that Ru Yi scepters have nothing to do with a scratching tool and are actually derived from the Wishing Tree from Hindu mythology. When a Chinese monk travelled to India, he returned with a wishing tree, but since an entire tree would have been near impossible to gift, it is likely that it came in the form of a symbolic decorated piece of wood that had been carved from a wishing tree.

Best known for: A symbol of authority

There is also reason to believe that the Ru Yi scepter is linked to the Ru Yi Bao (如意宝 rú yì bǎo), or "wish-fulfilling gem," another concept from Hindu mythology.

The Chinese characters 如意 mean "as [you] wish" or "as desired."

Perhaps the precious gems that were used to decorate the Ru Yi scepters were actually Ru Yi gems, and the artefacts can be used to grant one's wishes? Much like a geni in a lamp. On a personal note I doubt that latter part, as materialism is quite literally the opposite of Buddhist teaching.