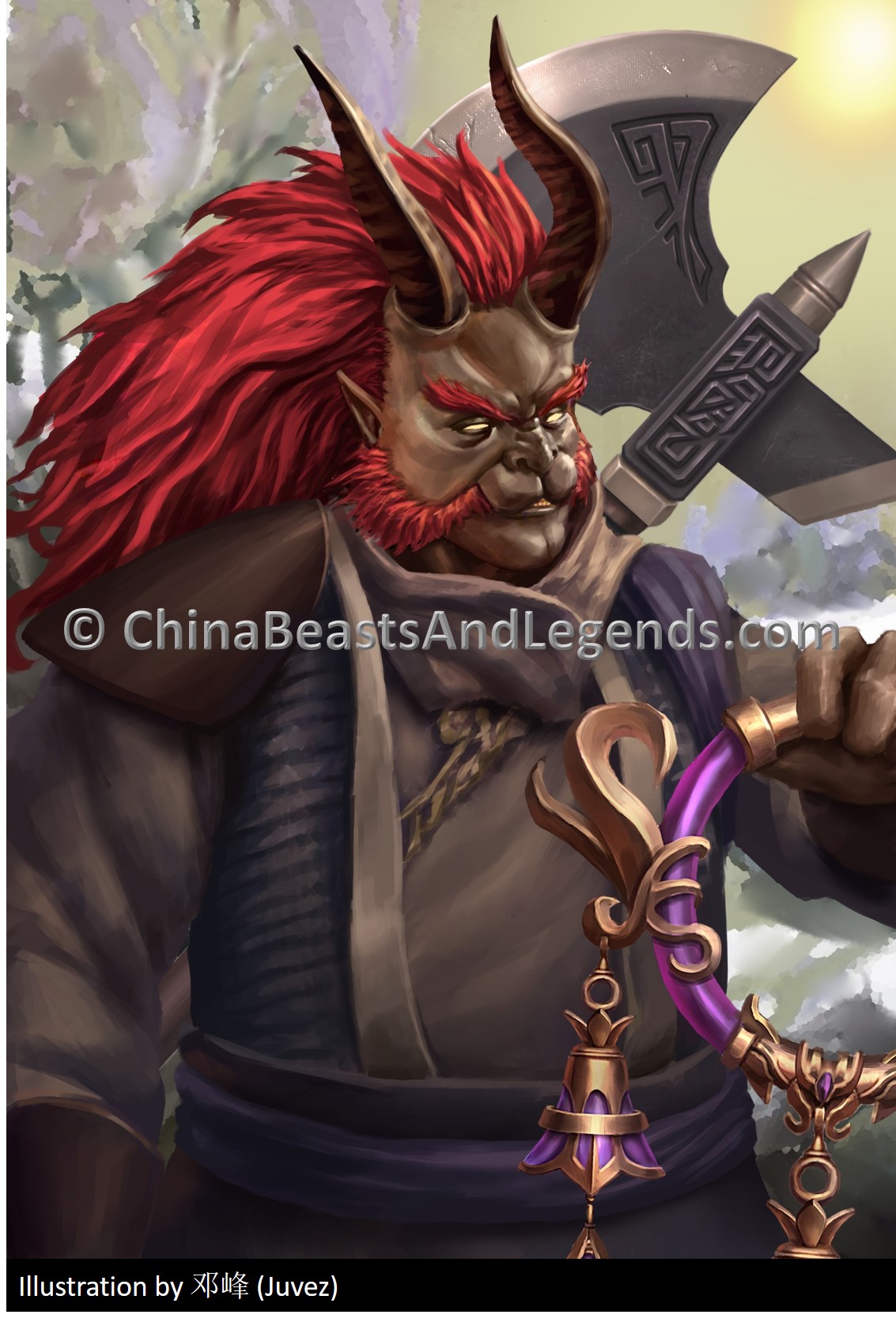 According to the story, when the king of Zhu Zi (朱紫国 zhū zǐ guó) was young, he accidentally shot and killed two young peachicks born from the bodhisattva Kong Que Da Ming Wang (孔雀大明王 kǒng què dà míng wáng) during a hunting trip in Luo Feng Po Qian (落凤坡前 luò fèng pō qián). When the bodhisattva found out what had happened to her son and daughter, she told the king that he would be separated from his wife for three years and suffer from lovesickness for what he had done.

In this moment, the bodhisattva Guan Yin (观音菩萨 guān yīn pú sà) rode by on her mount, the Golden-Haired Hou (金毛犼 jīn máo hǒu), who was paying close attention to what was happening. After stealing the Purple-Gold Bells from his mistress the Golden-Haired Hou descended to earth and became the demon Sai Tai Sui. He kidnapped the kings wife and forced her to marry him. Realising she was in danger the deity Zi Yang Zhen Ren (紫阳真人 zǐ yáng zhēn rén) gave her the Five-Coloured Fairy Clothes (五彩仙衣 wǔ cǎi xiān yī) to protect her chastity. So long as she wore them, Sai Tai Sui would be unable to violate her.

Three years went by until finally the buddhist monk, Tang Seng (唐僧 táng sēng), and his disciples made their way to the Kingdom of Zhu Zi. The Monkey King (孙悟空 sūn wù kōng) managed to defeat Sai Tai Sui when Guan Yin arrived, subdued him, and took him back to Heaven where he would once again become the Golden-Haired Hou.