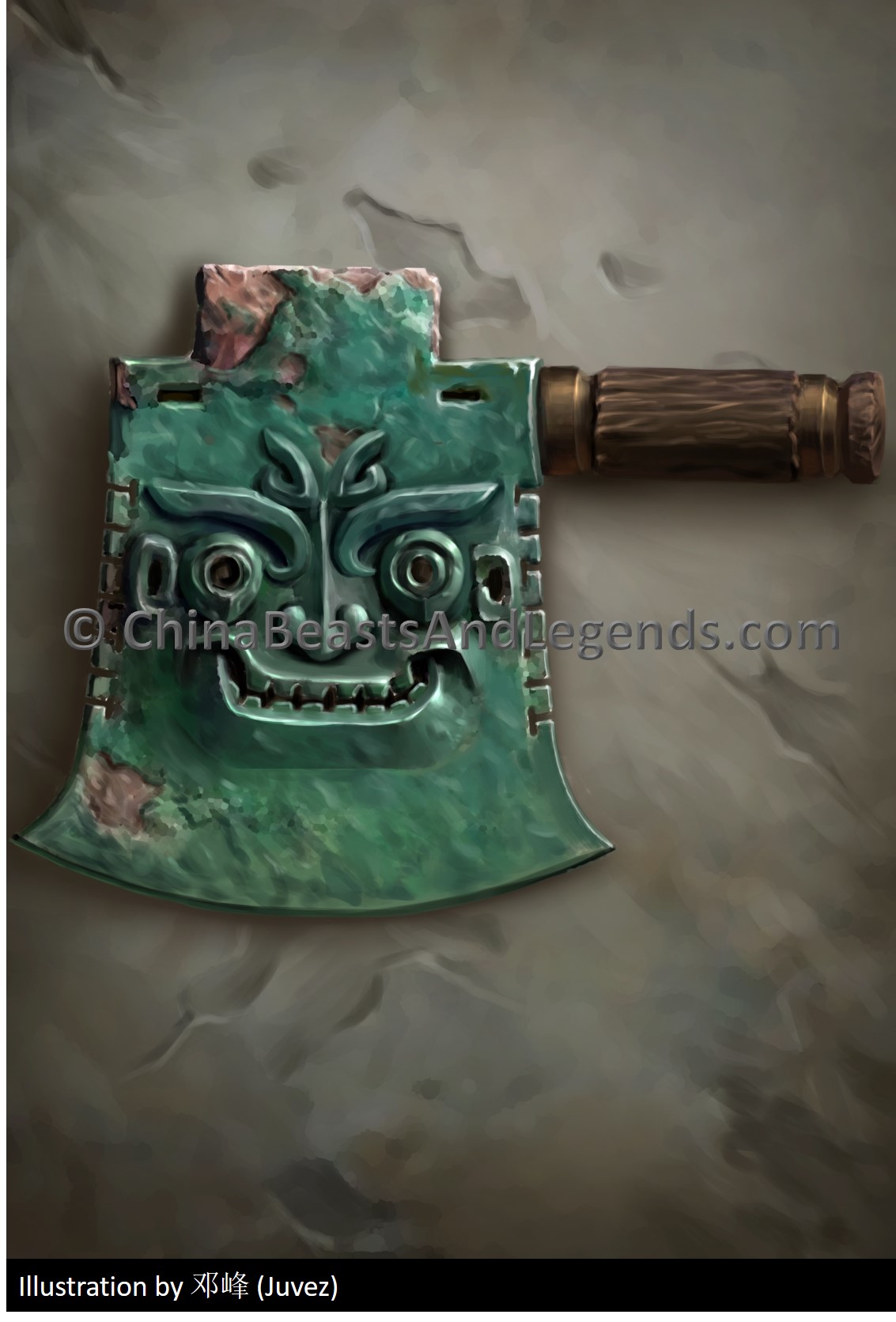 Yue were large axe-like weapons used in ancient times. They were used in the same manner as axes- namely, to chop - but their heads were 3cms larger, their shafts were 50cms longer, and they were significantly more cumbersome.

The first Yue were made of stone, but numerous Yue have been unearthed that date back to the Shang Dynasty (商朝 shāng cháo) (1600-1046 BCE) that were made of bronze, and others that contained traces of a variety of metals such as copper, lead, iron, tin, and gold. Yue from this era had blades that weighed around 8.5 - 9kg, and were 37.5 - 38.5cm wide.

Yue were decorated with the image of a mythical creature, such as a dragon (龙 lóng), Feng Huang (凤凰 fèng huáng), or Tao Tie (饕餮 tāo tiè), that were meticulously crafted. And similar to their smaller counterpart, the axe, Yue were also used in ceremonies and were burried alongside influencial people as a symbol of their authority. They were also used in various torture methods, and as a tool for execution, too.

On the battlefield, the Yue all but dissapeared after the Western Zhou Dynasty (西周 xī zhōu) (1045 – 771 BCE) only to make a comeback hundreds of years later during the Tang (唐朝 táng cháo) and Song Dynasties (宋朝 sòng cháo) (618–907 CE and 960–1279 CE, respectively). It's blade was widened even further and the length of the shaft was increased to take full advantage of the Yue's inherent characteristics. The improved weapon proved extremely efficient against cavalry. Foot soldiers on the front lines would carry a Yue with specific orders to cut down cavalry by attacking the horses' legs.