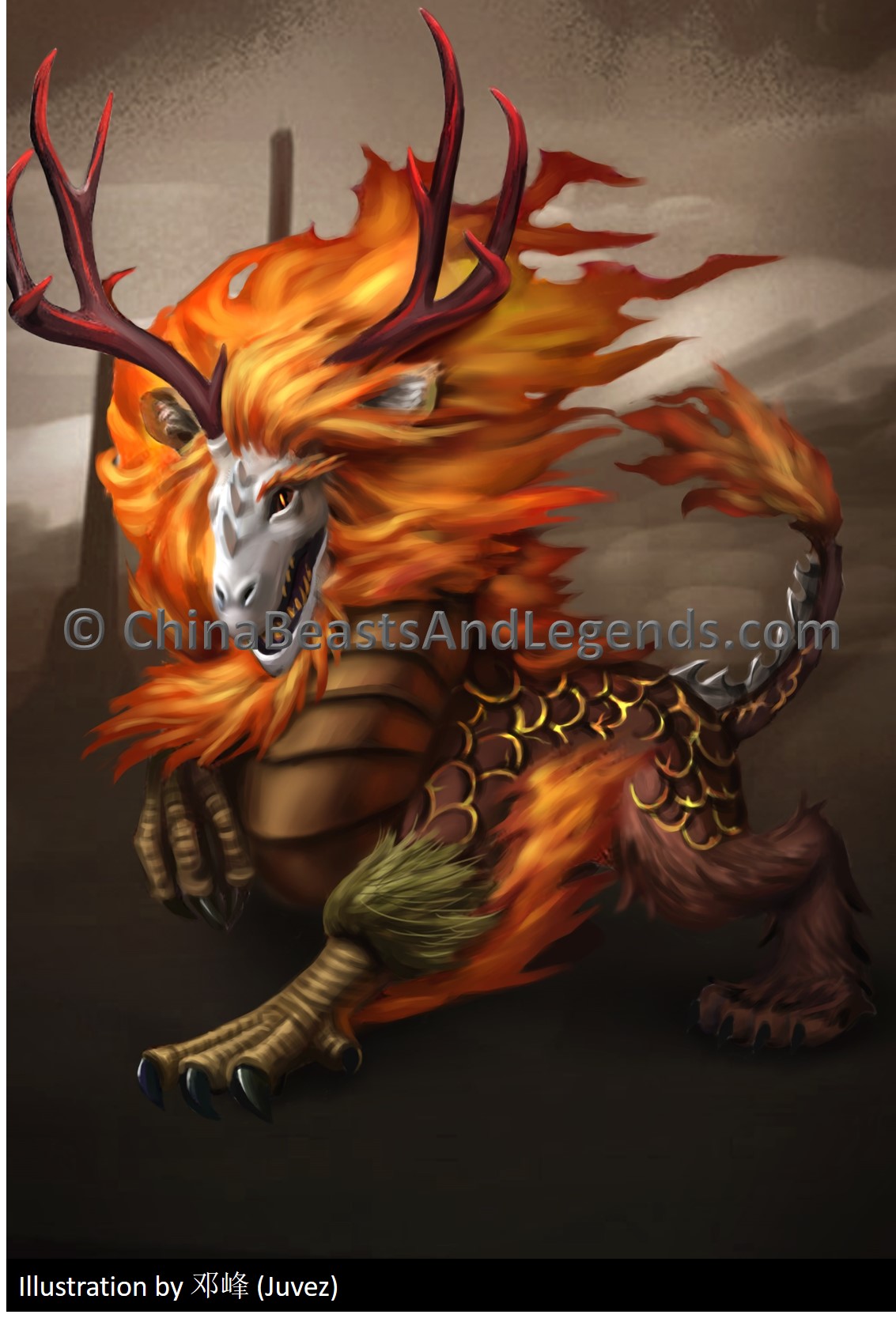 Commonly referred to as Wang Tian Hou (望天吼 wàng tiān hǒu), Chao Tian Hou (朝天吼 cháo tiān hǒu), or Deng Long (蹬龙 dēng lóng), the Hou was the first of all beasts to come into being, born from the skull of the Giant God, Pan Gu (盘古 pán gǔ).

The Hou is said to have ten specific characteristics, each of which can be found on various beasts of the world today: 1. deer antlers; 2. a camel head; 3. cat ears; 4. shrimp eyes; 5. a donkey mouth; 6. a lion mane; 7. a snake neck; 8, an abdomen like an oyster shell; 9, the scales of a carp; 10. the front claws of an eagle and the hind paws of a tiger.

According to legend, Hou is at the top of the food chain. It can take on five dragons and often feasts on their heads. Stone statues of the Hou can be found on ornamental columns that were erected in front of palaces, tombs, etc., to supervise the Emperor and keep him in line1 by making sure he tends to his political affairs, and the people.

1 Another version of this is that Hou is actually a son of the Dragon King (龙王 lóng wáng), and that he sits atop the columns to communicate between the mortal realm and Heaven.

Other records exist that describe Hou in extremely different terms.

One: Hou resembles a dog and feasts on humans.

Two: Hou resembles a rabbit, has long ears and is only a foot long. Despite his timid form, even lions are afraid of him. He can fight off dragons and often feasts on them.

Best known for: The king of all beasts

Four: Hou is the highest state a Jiang Shi (僵尸 jiāng shī) can attain through self-cultivation. Only one has ever attained this level, before which they were a Han Ba (旱魃 hàn bá).